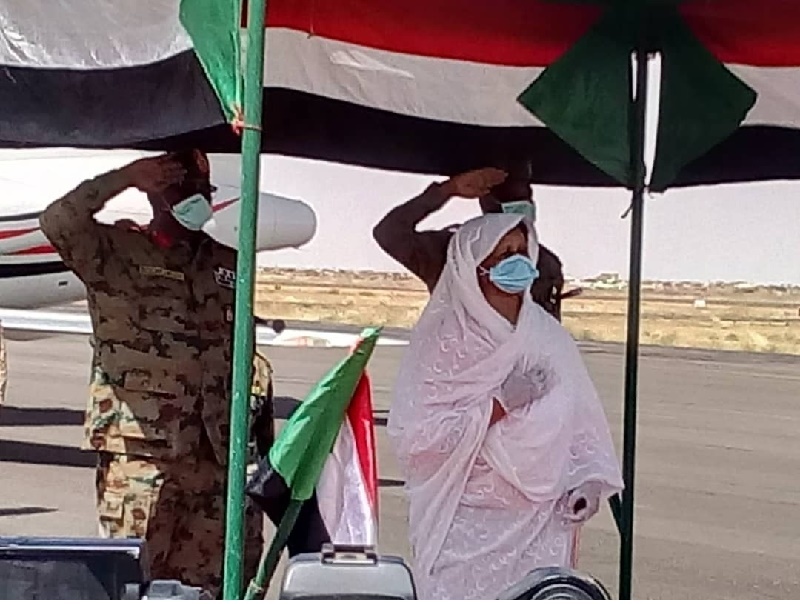 Al- Obied, May 27 (SUNA) The delegation of the sovereign and ministers’ councils, led by member of the sovereign council ayisha musa, accompanied by Asma’a Mohamed Abdullah the Minister of Foreign Affairs and a number of the state’s officials arrived the capital of north Kordufan.

The delegation was received by the state’s governor, caretaker, major general al- Aaddig Al- Tayeb Abdullah at Al Obied airport, in a start of a two days visit to the state during which will hold a number of meetings.