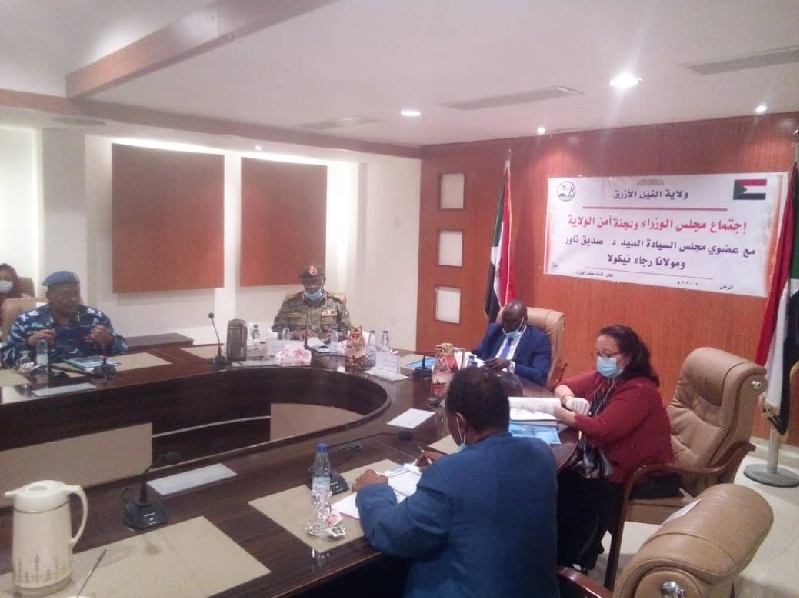 Al-Roseriss May 27 (SUNA) – The governor, caretaker, of the Blue Nile state, Major General Yassin Ibrahim Abdul Gheni, has indicated that the state is enjoying  security and stability, which has a positive impact on the progress of preparations for the arrangements for the summer agricultural season.

Following the joint meeting of the state government and the security committee with the delegation of the two councils of sovereignty and ministers, maj. Gen. Yassin Ibrahim Abdul-Gheni (SUNA) noted that the joint meeting with the visiting delegation led by Professor Siddiq Tawer, represents a strong support for the state, especially that the delegation was briefed on the overall performance of the state in all axes, especially the security, political, service and health conditions.

He renewed the intention of the state’s government with its various components to move forward in providing all the factors for the success of the agricultural season, the consumer goods for citizens, and to continue to realize all directives of the transitional government on ground, as well as redoubling efforts to provide basic services to citizens and to improve people's livelihood, with plans and programs during the coming period.