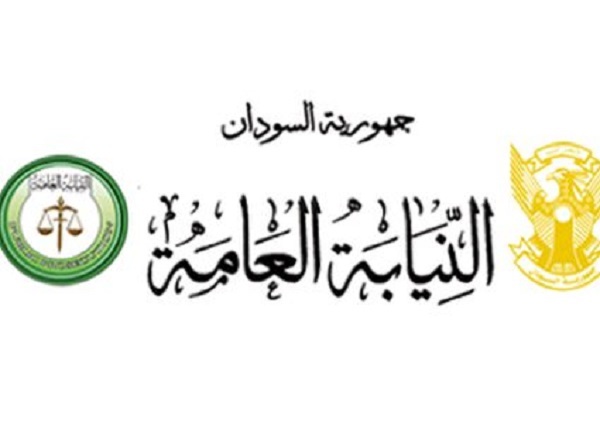 The Public Prosecution in its statement has initially asserts its responsibility for all those awaiting investigation, whether they are figures of the former regime, or otherwise, according to what is stipulated in the Criminal Procedure Law of 1991.

The statement explained that the news circulated regarding the treatment of past regime figures awaiting trial or investigation during the corona pandemic, that the Public Prosecutor has issued the necessary measures regarding those awaiting in custody during the corona pandemic, which depends on the directives of the Ministry of Health, and was circulated to all public prosecutors, where it was implemented as it came under the guidance of Public Prosecutor.

The statement noted that the Public Prosecution works in coordination with the police and the General Administration of Civil Defense for the sterilization of the places of arrest and custody on a regular basis.

Sanitary measures in prisons were taken by the Police leadership and under the supervision of the Director General of Police, and Director of the General Administration of Prisons and Reform.

All the figures of the former regime arrested in prison who need health care have received the necessary care, and two accused, Ali Al Hajj Mohamed Adam and Ibrahim Mohamed Al-Sanussi, are receiving treatment and are being held in Yestabshroon hospital that and are being treated from other diseases other than corona and has been in the hospital for a long time.

In the same manner, the accused, Ahmed Mohamed Haroun, was presented to the doctors of the National Prison, Khartoum North (Bahri), as he was diagnosed with chronic pneumonia, this was after samples were taken from him in the prison, and another was sent to Alia Hospital. When his condition was making improvement another sample was taken from him in 21/4/2020 and the result of the examination was negative in 22/4/2020, then he was transferred to Al Rebat University Hospital. Subsequently, two other tests were carried out by the Department of Epidemiology of the Ministry of Health on April 23/2020 and April 27/2020 of which their results were positive and he was transferred to the isolation center in Universal Hospital on April 29 2020 and still in it to date.

The suspect, Abdul Rahim Mohamed Hussein, who was in Alia Hospital on 20/5/2020  in suspicion of infection with corona after taking a sample from him in prison by the Department of Epidemiology, where he was confirmed to be infected and is still in the hospital to date.

Also, the accused Abdullah Hassan Ahmed Al-Bashir was in Alia Specialist Hospital on 2/4/2020, and he was transferred to Al-Shafi Hospital for Oncology on 16/4/2020.

The accused Ali Ahmed Hassan Al-Bashir and Salah Idris were isolated in a safe place and under police custody after they were suspected of being infected with the coronavirus, but their results are negative and they are still in isolation consistent with the protocol of the Ministry of Health.

The accused, Ali Osman Mohamed Taha, a sample was taken from him on suspicion of corona on 20/5/2020 and the result was received on 25/5/2020 and it was positive and he was transferred to the isolation center in Daman and is still receiving treatment in it.

A sample was also taken from inside the prison from two other figures of the past regime, and their results are expected today or tomorrow, while the rest, of the detainees have all refused to take samples for the purpose of examination.

The Public Prosecution, in coordination with the Police Headquarter and the Ministry of Health, will continue to take all measures to preserve the health and lives of all those who are waiting in custody.

The statement went to note that the Public Prosecution operates on a 24-hour shift system, on public holidays and holidays, and it also passes day-to-day guards in order to determine the conditions of those waiting and allow those who need health care to receive them, and release those who deserve security in accordance with the provisions of the law.

The statement added that in case of reporting of infection of corona virus, the person is subject to medical regulations and protocols according to the classification which focuses on three cases:

Suspicion cases: The sample is taken and the manner of conduction is done according to the result that appears.

All this is done according to the procedures and protocols received from the Ministry of Health.