June.30: A message to the world that Sudan is an inspiration for the people 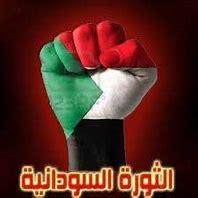 Khartoum, June.30 (SUNA) – The Representative of the Resistance Committee of Jabra, Shahinaz Salah said the June.30 processions are a message to the world that the Sudanese people inspire people to revolt and make revolutions.

“Our demonstration today comes as reconsideration to the Sudanese people and the martyrs” She said.

Shahinaz said, Tuesday, in the inauguration of the Martyr Qosai Center, in Jabra that the demands of the people are included in the Constitutional Document, top of which, the realization of peace, the investigation into breaking up of the sit-in, addressing the roots of the economic crisis, cancellation of the freedoms restrictive laws, fighting corruption, formation of a civilian –led government and the appointment of the Civil Governors.