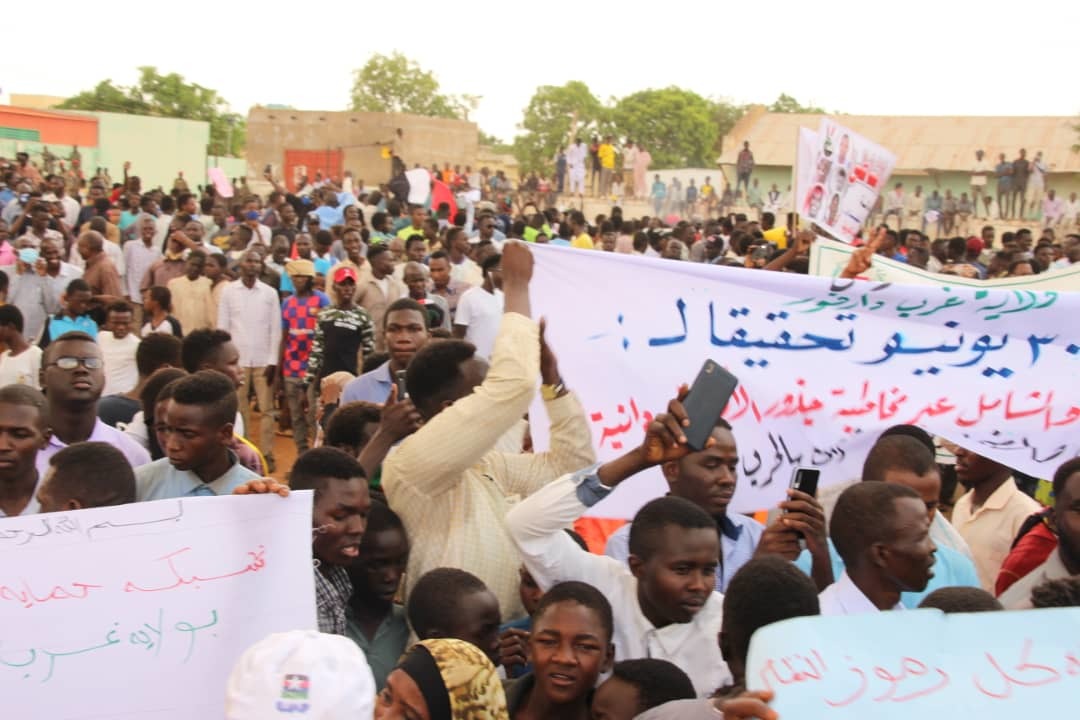 Genina, June.30 (SUNA) - The processions of the June.30 kicked off, Tuesday, in the different districts of Genina, in West Darfur, in conjunction with other states chanting slogans (Peace-peace).

The demonstrators who toured the streets of the town handed the Wali (governor) of West Darfur, Maj-General, Dr. Rabie Abdulla Adam a memorandum included the requirement s of the revolution and the retribution for the martyrs, in addition to special demands for the state including the control over borders, prevention of smuggling, announcement for the results of the investigations into Kreding Camb Incidents, securing agricultural season, relieving of the symbols of the defunct regime and fighting corruption.

The memo gave the Wali 27 hours to respond.

The Wali (governor) lauded the peaceful processions, affirming the legitimacy of the demands included in the memorandum.