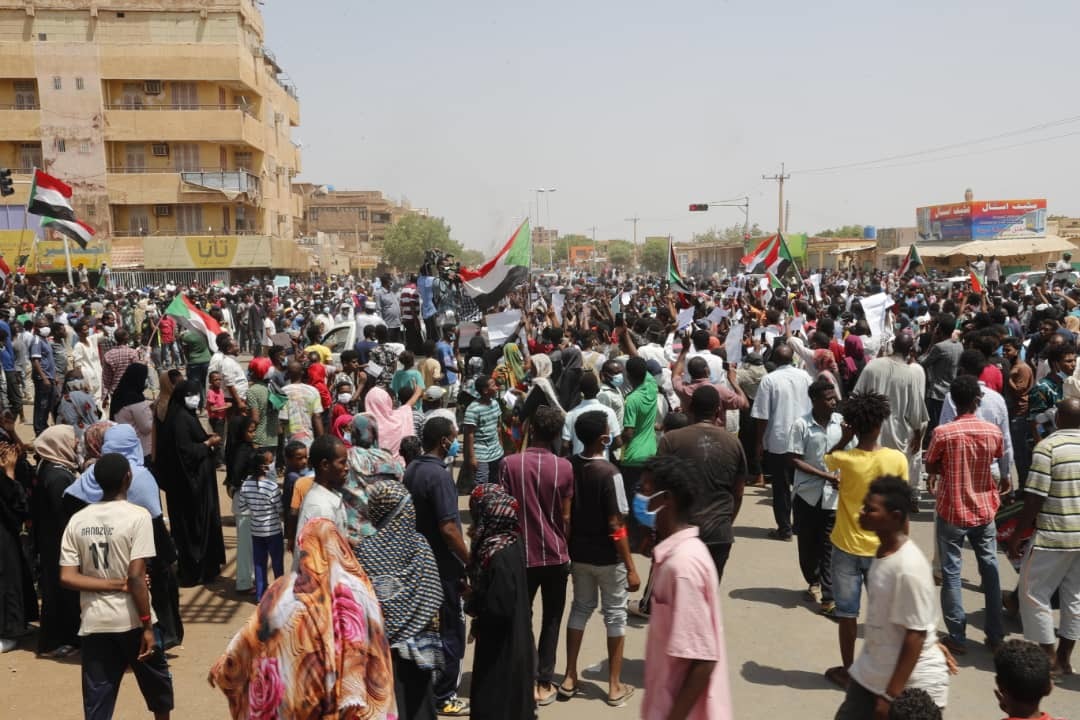 Khartoum, June.30 (SUNA) – A big numbers of revolutionaries and the citizens, in central and South Khartoum rushed to the streets of Jabra, Emtidad, Sahafat, Khartoum-3, and Al-Aushara to mark the First anniversary of June.30.

The processions which stationed in Street-61 and Airport Street demanded the realization of peace, completion of vthe structures of the Transitional Authority, the realization of the Revolution slogan of Freedom, peace and Justice.