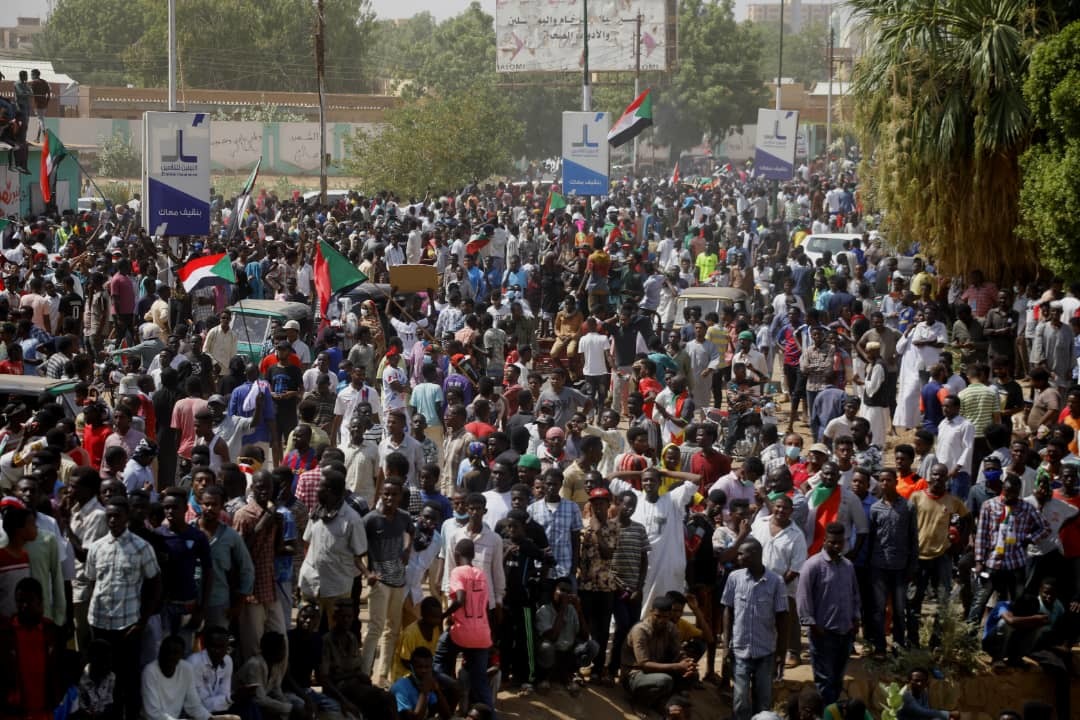 Khartoum, June 30 (SUNA) - The Sudanese Professionals' Association has issued today a statement in which it has greeted the processions  of millions gathered all over Sudan to commemorate the 30th anniversary of the victorious June 30 .

The statement of the SPA has lauded the revolutionary spirt of the marches of today which was similar to the processions of June 30 demonstrated last proofing that the Sudanese people were freed from fear, and hat they will not be complacent or be content with the injustice, having realized its ability rejecting to return without its full rights. Describing the masses as a genie which was released from its bottle with its head high on the sky, and feet firmly planted in the earth.

The statement called on the transitional authority to stand on the right side of its people and their aspirations with taking the necessary decisions and steps, without hesitation to liquidate the former regime and hold it accountable for its crimes, have retribution for the martyrs of since 89 th and the massacre of breaking up the sit-in.

The statement indicated that the transitional authority must impose the civilian authority to restore all rights, enabling the Ministry of Finance to have hold on all the resources and assets of the country and their good management without fears, depending on the protection and will of the people which deserves the treatment of the living crisis it is facing, and setting policies to encourage production and enhance the country's comparative advantages.

The SPA demanded the civil authority and its partners from the armed struggle movements in the peace talks to speed up the fulfillment of the people's aspirations for a just and comprehensive peace and a safe and dignified life, and to put an end to the suffering of people in the displacement camps, and the realization of true citizenship, equality of opportunity and before the law.

The statement stressed on the completion of power’s structures immediately with a mechanism that guarantees its expression of the various components of the community, noting to the absence of a legislative council that expresses the forces of revolution and change, including resistance committees to maintain popular control over performance, referring to the necessity for the solution of the states’ civilian governors file stressing on its settlement without delay.

The statement concluded the June 30 has become a national day, and that tyrants should recognize; as for the martyrs, the statement has asserted the people guaranteed the continued march on their trace.