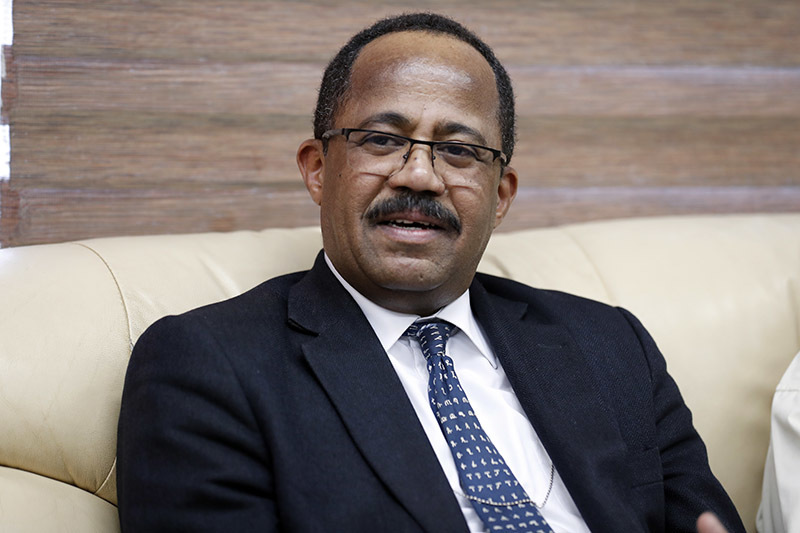 Khartoum, July 1 (SUNA) – The Federal Minister of Health Dr. Akram Ali Al-Tom has denied what was reported by social media and websites yesterday, of his presence in the millions’ procession of correction of the path, as well as his exposure to hostile slogans, explaining that the revolutionary chanting was "We are all Akram, thank you Hamdouk".

Akram noted: "I cannot go out with millions aiming to correct the course of the government that I am part of.", explaining his presence on the Airport Road near Canar, because of a previous date for attending the inauguration of Martyr Gusay Hamadto Center in Jabra, adding he was delayed by the traffic jam and the crowds to come in time. He continued to detail his phoning the celebration’s organizers whom they were near the place he was in, near the place of the martyrs’ families, he noted to his presence with a number of the resistance’s committees of Khartoum Extension 3 and a number of the martyrs families.

Al-Tom pointed out that his mobile phone was lost due to the crowd, during his move from the restaurant south of Canar where he was with resistance’s committees and the martyrs’ families on his way to the airport road where his car was parked, stressing that this is a normal to happen in this circumstances.