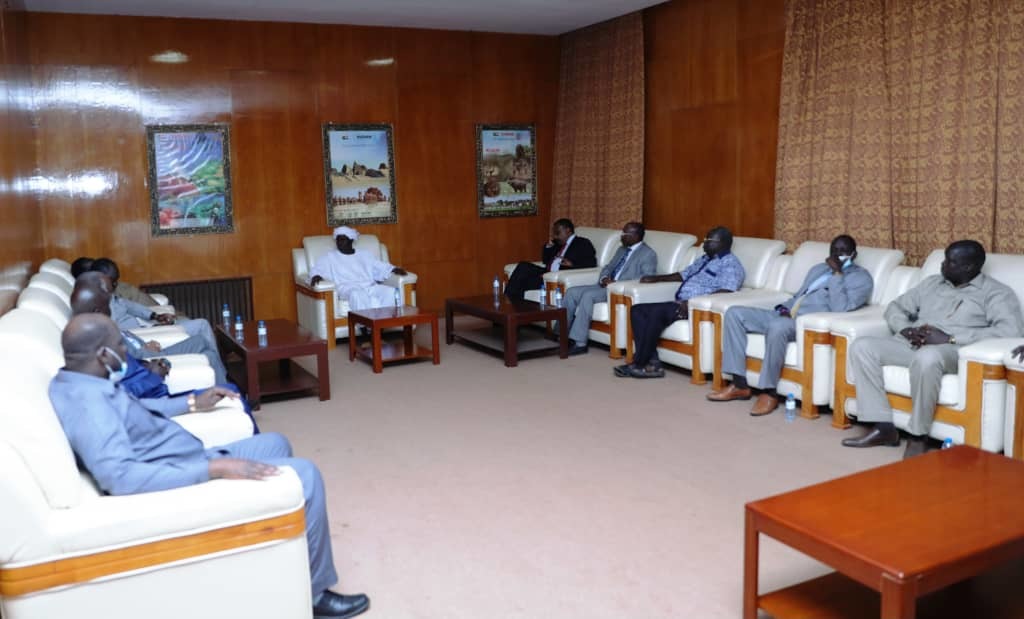 In a press statement, member of South Sudan mediation, Dhio Mattok, said that the mediation has discussed with the Sovereign Council’s member the steps taken by the mediation for achieving comprehensive peace in Sudan via Juba forum.

He indicated that the mediation came to Khartoum to conduct a dialogue with the transitional government institutions and the Sudanese political forces on a number of outstanding issues on which no agreement was reached in Juba.

Mattok Pointing out that the mediation felt, through the meetings held in Khartoum, the seriousness of Sudan government and political forces to reach a peace agreement as soon as possible.

He said that the mediation regards the Sudanese peace talks as going on the right track and that the outstanding issues that the delegation came to discuss in Khartoum will find a satisfactory solution within days, pointing out that mediation will start upon its return to Juba to arrange for the signing of the peace agreement between the government and the Revolutionary Front.

He said that the negotiations with the Sudan People’s Movement of Abdul-Aziz Al-Hillo will continue to discuss the humanitarian issues and the mechanisms for cessation of hostilities, indicating that the mediation has exposed ideas to reactivate the dialogue that was suspended due to the condition of the state’s secularism which was proposed by the movement.

Meanwhile, the chief negotiator of the Sudan Liberation Movement and head of its negotiating delegation in Juba, Mohamed Bashir Abu Namma, explained that the delegation gave a comprehensive briefing to the member of the Sovereign Council, Professor Tawer, on the results on the outstanding issues, adding that a peace agreement will be signed shortly.

He called on the government to expedite sending the delegation of the file of security arrangements to Juba to end this important file.

The chief negotiator of the People’s Movement, Gen. Malik Aggar faction, Yasser Arman, has described the delegation’s visit as successful, indicating that they are about to reach an agreement on the central issues that will lead the country to a peace agreement in the current year 2020 that will contribute greatly to ending the wars in Sudan.

He said that the agreement on the six issues for which the delegation came to Khartoum is imminent.