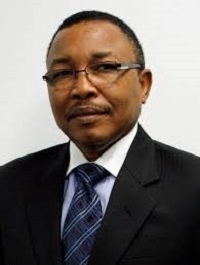 Khartoum, July 6 (SUNA) – The State Minister of Foreign Affairs, Omer Gamar Eddin, discussed in his office this afternoon with the Saudi ambassador in Khartoum Ali bin Hassan Ja’afar, ways of joint cooperation in all fields , and enhancement of bilateral relations between the two countries.

The meeting has also discussed the measures taken by the Kingdom to limit the spread of the corona virus among residents and pilgrims.

The two sides discussed the importance of coordinating of efforts between the countries bordering the Red Sea and the necessity to activate the charter concluded between them.

Ambassador Ali bin Hassan Ja’afar, has expressed the kingdom's desire to host the Friends of Sudan conference in support of peace efforts in the country.

The State’s  Minister has extended thanks to the government and people of the Kingdom of Saudi Arabia for their standing alongside the Sudan during the transitional period, commending the Kingdom's supportive role for Sudan in all fields, stressing the importance of strengthening and developing relations between the two countries.

The Saudi Ambassador has thanked the Sudan’s supportive stances to the Kingdom, noting the Kingdom's efforts to bring peace to Yemen and the Arab region.