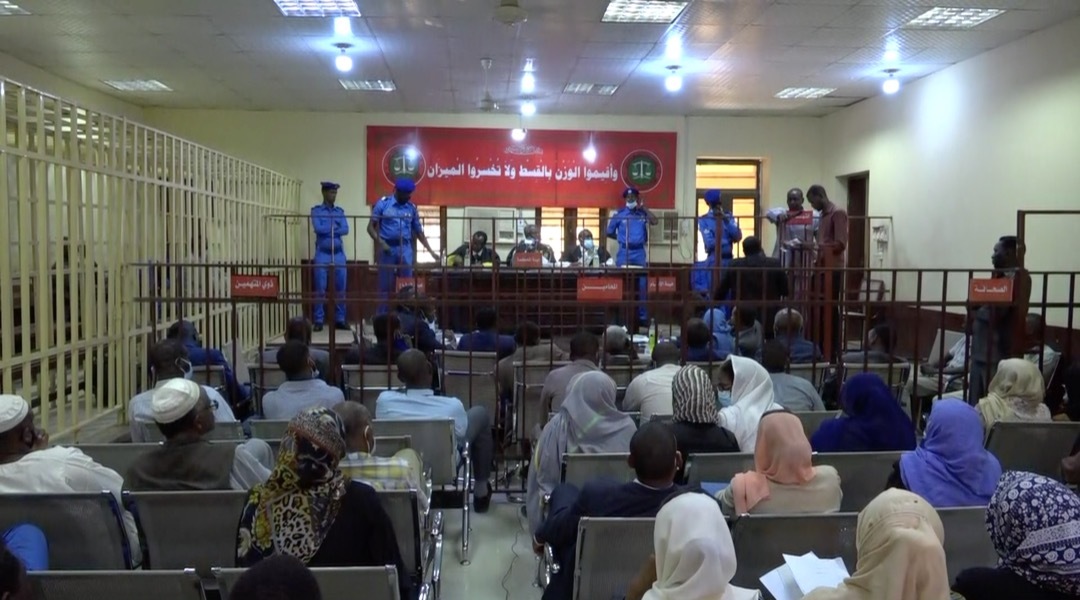 Khartoum, July 11 (SUNA) – The Major Criminal Court Saturday heard the first investigator, First Lieutenant (police) Zayed Ahmed Zayed, in the criminal case in which the Major Yousif Mohi-Eddin Al-Fekki, of the Rapid Support Forces, was accused of the killing of Hanafi Abdul- Shakor, by running over him with a vehicle.

The Major Criminal Court began the procedure by hearing the statement of the investigator in the case at the headquarters of the Omdurman Courts Complex, headed by the judge of the Court of Appeal, Salah-Eddin Mahjoub, and membership of two judges of the General Court and in the presence of the Attorney General, Taj Al-Ali Ali Al-Hibir.

The prosecution representative read over the inaugural accusation speech in which he demanded that the rule of law prevail over the accused and that the maximum penalty in the law shall be applied against the accused, indicating that the victim’s loss of life was a full-fledged crime and that the Public Prosecution has provided the accused with all the constitutional rights.

The first investigator, First Lieutenant (police), Zayed Ahmed Zayed, stated in his testimony that a charge of murder under article 130 was filed against the accused Major Yousif Mohi-Eddin Al-Fekki of the Rapid Support Forces for running his vehicle over the citizen Hanafi Abdul-Shakor and caused his death.

The investigator said that they then moved to the incident site, but did not find the body of the deceased and that due to the difficulty in moving because of the barricades, they went in second day to Omdurman Morgue to receive the body by the Public Prosecution, adding that the accused and the parents of the killed person were interrogated on June 11, 2019.

The investigator said that the Public Prosecution and the Military Area were addressed on June 13 to deliver the car of the accused, which has the number (6 Kh-9206) and belongs to the Rapid Support Forces) and driven by the accused.

He indicated that the incident took place at Doha quarter in Omdurman city, where the revolutionaries have put barricades on the road and asked the accused to return, but he continued to drive slowly in the opposite direction and refused to obey them and then he drove speedily, a matter which led to running over his car with the citizen Hanafi and caused his death due to bleeding, adding that the victim was standing at nine meters away from the street, according to statements of witnesses.

The second investigator, attorney of Southern Omdurman Prosecution, Ahmed Abdalla, explained in his statement before the court that the Legal Administration of the Rapid Support Forces was addressed on August 26, 2019 to bring the car and the person for whom it was assigned.

He said that stated that on January 15, 2020 a video of the incident was found and sent to the Criminal Laboratory for examination and a copy of it was extracted for the vehicle, adding that the prosecution and defence representatives have submitted documents to the court which were accepted in form.

The court has decided to hold its next sitting next Saturday to expose the contents of the CD presented by the first and second investigators.