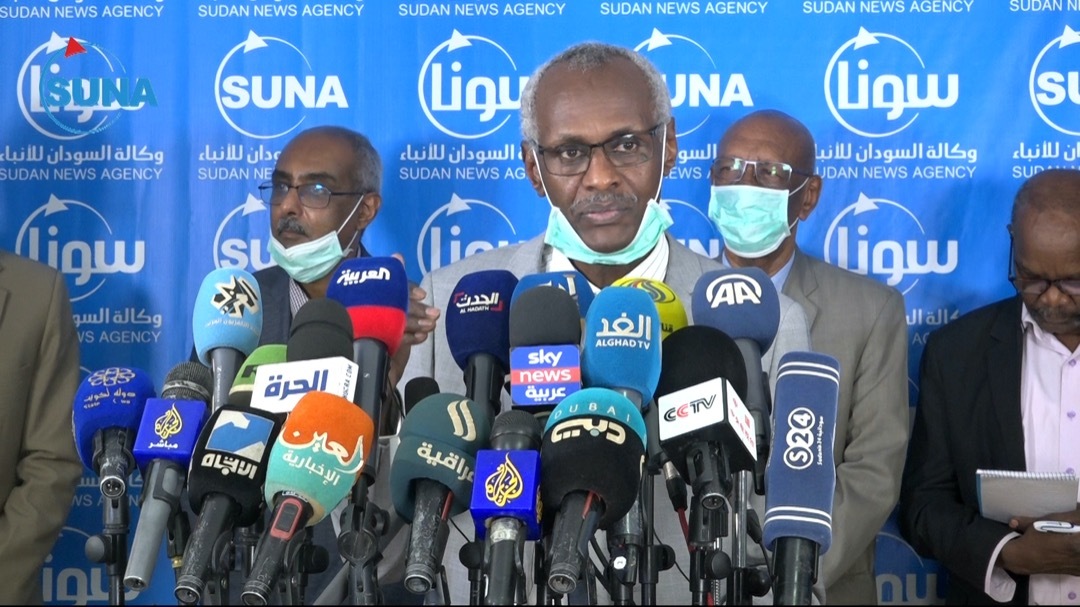 Khartoum, July 13 (SUNA) – The Minister of Irrigation and Water Resources, Professor Yasser Abbas, has announced the conclusion of the current round of negotiations between Sudan, Ethiopia and Egypt on the Grand Ethiopian Renaissance Dam, which started on the third of July under the supervision of the African Union and the participation of international observers.

The Irrigation Minister noted in a press conference in the (SUNA Forum), Monday evening, that the final report of this round will be submitted to the African Union on Tuesday, indicating that, as directed by the African Union, a mini-summit will be held after a week of submission of the report to start the next step.

Professor Yasser Abbas, has tackled the negotiations map, and the meetings held during the current round, noting to the start of this round  on the 3rd of current July and continued until today, Monday, evening, stating that the map has included nine major negotiating rounds and six negotiating rounds in the technical and legal tracks.

He said that the main outstanding points in the technical side are the size of the daily flows change in the GERD that enters the Rusaires Dam, indicating the necessity of limited change in the daily flows for the safe operation of the Rusaires Dam, noting proposals were presented in this aspect with a limited rapprochement as the Sudan has agreed on 250 cubic meters, and Ethiopia on 350 cubic meters for the volume of flows.

He said that the outstanding points in the technical track include the definition of the continuous operating curve of the GERD, which is necessary for the future planning of the Rusaires Dam, noting to a limited rapprochement on this point.

He added: "Another sticking point is the re-filling of the GERD in the future’s droughts, in addition to another point that deals with the flows in the years of prolonged drought."

The Irrigation Minister pointed out that the outstanding points in the legal aspects are the extent of the agreement obligation and whether it is concerned with the water sharing in addition to the disputes’ settlement mechanism, noting to the Sudan’s several balanced concordant proposals, indicating that the Sudan’s geographical location qualifies it to present these consensual proposals, stressing that Sudan is an original party in the GERD negotiations.

He added that the final report will be submitted tomorrow, Tuesday, which includes the Sudan's stance, and a proposed scenario for an agreement that is based on the Sudan’s agreement concluded on June 14, with the amendments made to be added to it.