Cabinet reviews the adjusted budget for the fiscal year 2020 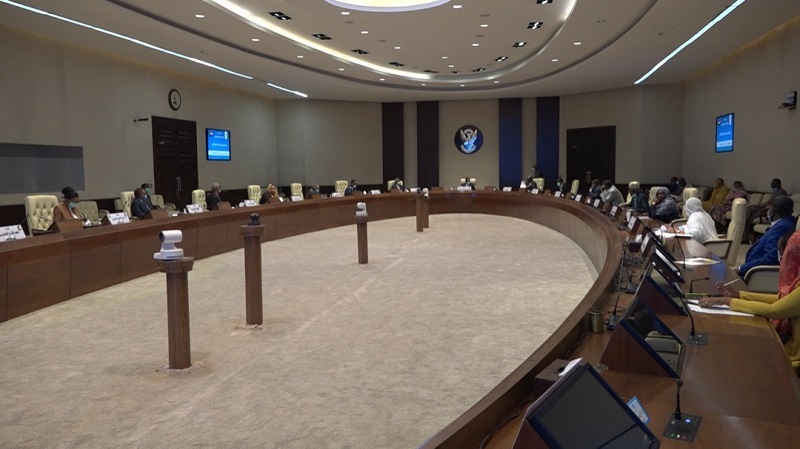 Khartoum, July 22 (SUNA) - During its regular meeting held on Wednesday at its Secretariat General chaired by the Prime Minister Dr. Abdullah Hamduk, The Council of Ministers reviewed the adjusted budget for the fiscal year 2020, presented by the Acting Minister of Finance and Economic Planning Dr. Heba Mohamed Ali.

The minister pointed out that the reason for the budget amendment was the need to adopt policies that mitigate the negative impact of the Corona pandemic on the economic situation as public revenues decreased by 40%, adding that the deficit has become very large, which necessitated reviewing the budget and taking emergency measures, including the gradual adjustment of exchange rates and the customs dollar.

The Minister stated that, within the framework of the portfolio established by the Supreme Committee for Economic Emergencies, the price of fuel would be rationalized by allowing the private sector to import unlimited quantities of benzeine and gasoline to control scarcity.

“Despite the difficulty of these measures, it is expected that they will help in a gradual economic growth within three years so that the economy achieves eight points, taking it out of the current negative growth index and helps in the medium and long term to control inflation, which has reached high numbers starting from the fiscal year 2021”, Dr. Heba said.

She emphasized that the revised budget kept the subsidy of wheat, medicine and cooking gas, revealing that Sudan will receive $ 1.8 billion from international donors as a result of the Sudan Partners Conference, stressing that the amount allocated to the family support program totaled $ 484.7 million.