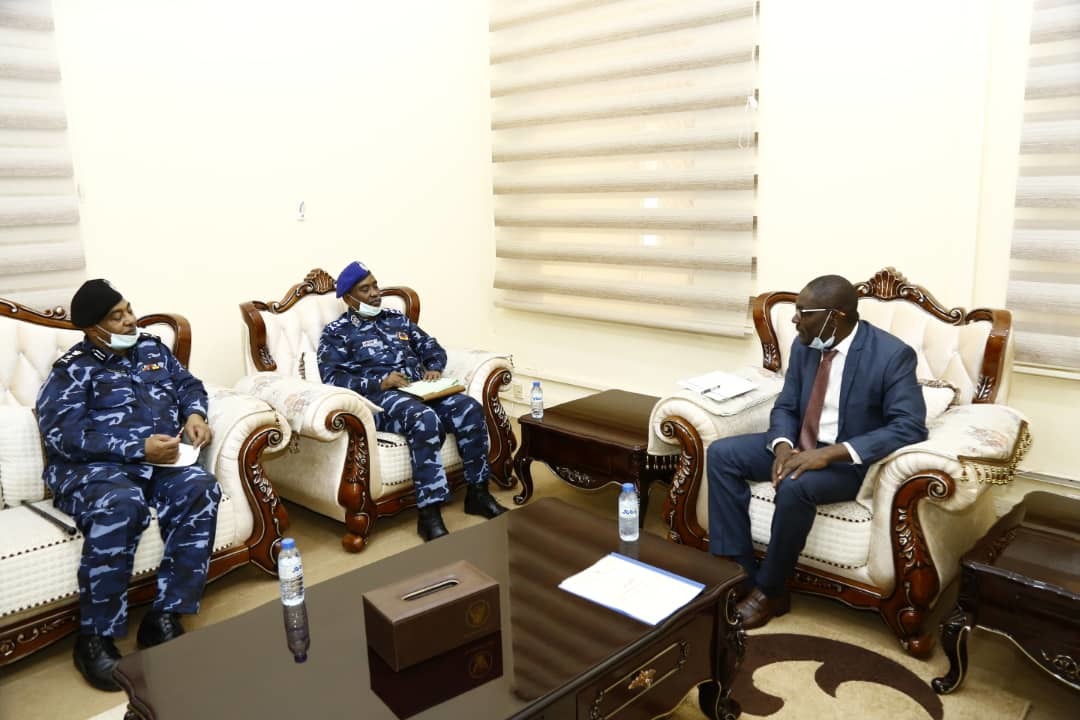 Khartoum, July 26 (SUNA) - The Member of the Transitional Sovereignty Council Mohamed Hassan Al-Taaishi met Sunday, at his office in the Republican Palace, the Director General of the Police Forces Lt. Gen. Police Izz-Eddin Al-Sheikh, in the presence of the Director of the Customs Authority Maj. Gen. Police Dr. Bashir Al-Tahir Bashir.

The meeting discussed the role of the police in boosting security and stability in the country, the police relationship with the public and the need to consolidate it and work to spread traffic awareness and culture in a way that enhances safety measures and reduces traffic accidents.

The meeting also reviewed the role of customs police in the border areas in the states of Darfur, especially the Um Dafuq customs for the importance of its location linking Sudan and several neighboring countries.