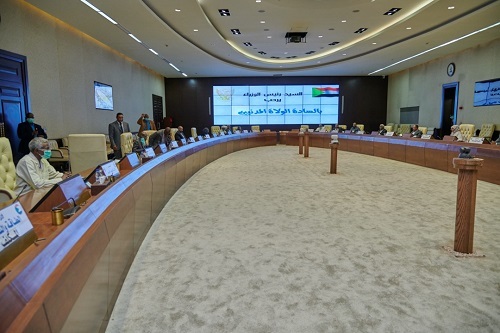 Dr. Hamdouk, during the meeting, described the appointment of the Governors of the States as great step towards the completion of the structures of the Transitional Authority.

He welcomed the Walis and congratulated them on the appointment, affirming that the appointment of two ladies in the state’s formation for the first time in Sudan’s history is step on the right track of strengthening the participation of woman in different government’s bodies.

The Prime Miniter directed the governors to maintain security and giving great concern to the living condition of the citizens by provision of the basic commodities, combat smuggling, and strengthening youth job opportunities, increase of woman participation and representation and reform of civil service in the states.