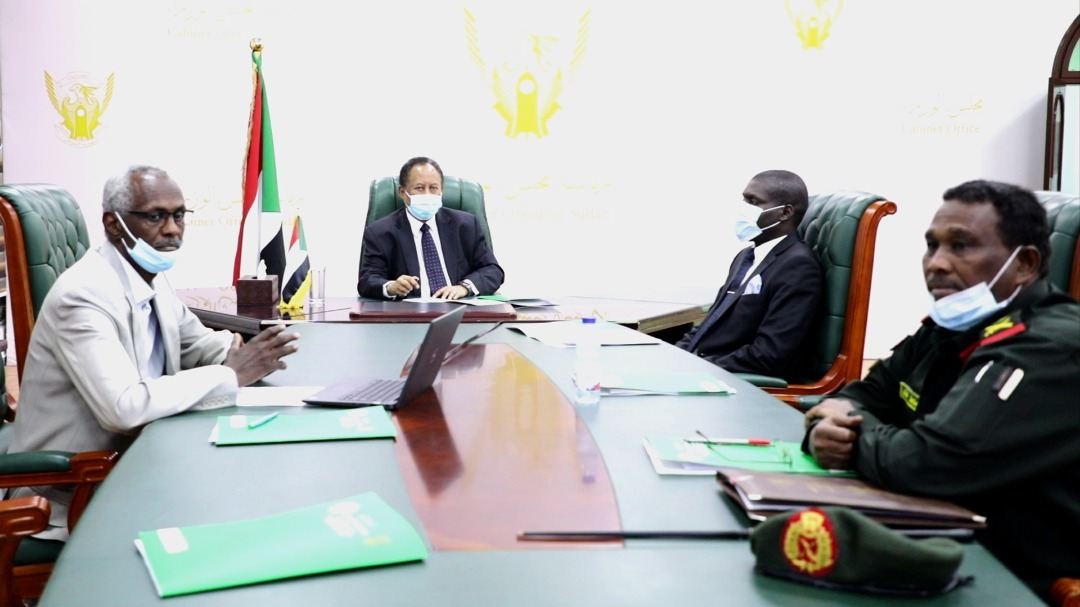 Khartoum, July 28 (SUNA) – The High Committee for the Follow up of the Grand Ethiopian Renaissance Dam held today its first meeting, chaired by the Prime Minister Dr. Abdullha Hamdouk, in the presence of the committee’s members, the ministers of the Cabinet Affairs, Justices, Foreign Affairs, Irrigation and Water Resources, the Director of the General Intelligence Organ, and the General Director of the Intelligence.

The meeting has reviewed the Sudan’s negotiation position during the previous stage and the current stage, which was sponsored by the African Union, emphasizing integrity of the Sudan’s stance in terms of preservation of its interests.

The meeting has discussed the step of unilateral filling by Ethiopia and its impact on Sudan and the track of negotiations in the future.

The meeting has approved the Sudan’s request for the postponement of the negotiations for a week to start next Monday 3 August in order to complete the internal consultation on this important file, and the continuation of negotiations to reach a mutually acceptable agreement.