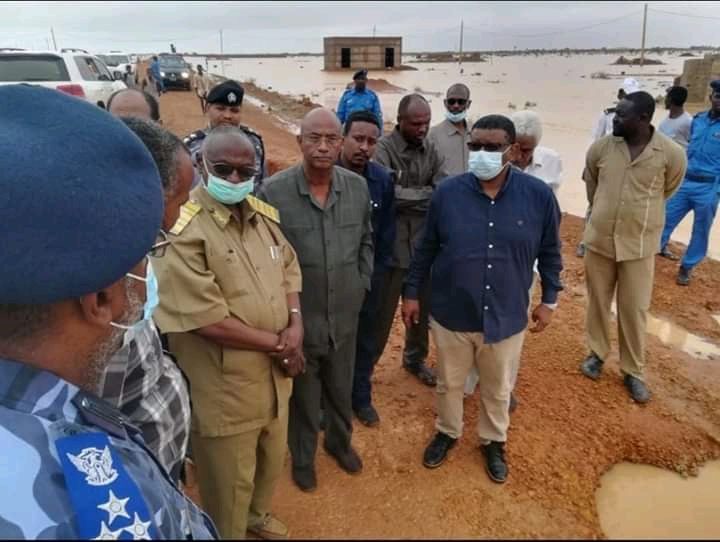 Khartoum, Aug. 1 (SUNA) - Khartoum State was hit by heavy rains on Friday and today (Saturday), while large parts of the Eastern of the Nile Locality were affected by floods coming from the east.

The Wali (governor) of Khartoum State, Ayman Khalid, paid an inspection visit today morning to areas of Eastern of the Nile, accompanied by the Secretary General of Khartoum State’s government, Al-Tayeb Al-Sheikh, the General Director of the Ministry of Infrastructures and Transport, Engineer Hatim Abu-Guroon, and the Executive Director of Eastern of the Nile Locality.

The Wali gave directives for conducting quick emergency engineering steps for water drainage, while food items were sent to the affected families and measures were started to evacuate the citizens besieged by the floods and to transport them to safe areas.

The Wali (governor) then chaired an emergency meeting attended by the concerned officials and made a comprehensive assessment of the situation at the flood-affected areas in Eastern of the Nile. The meeting decided formation of a higher committee headed by the Wali to operate round-the-clock and another operation committee which has immediately begun its work in preparing lists on the flood-affected areas and the fully and partially-collapsed homes as well as supervising the evacuation of the besieged citizens and to shelter them in safe places and providing them with food materials, tents and tarpaulins.

The operation room will deal promptly with any new developments in other areas in Khartoum State that may be affected by rain and floods.

The meeting called the citizens to stay away from the streams of rain and floods to avoid the dangers and also appealed to civil society organizations to provide commodity aid and shelter materials to the affected families.