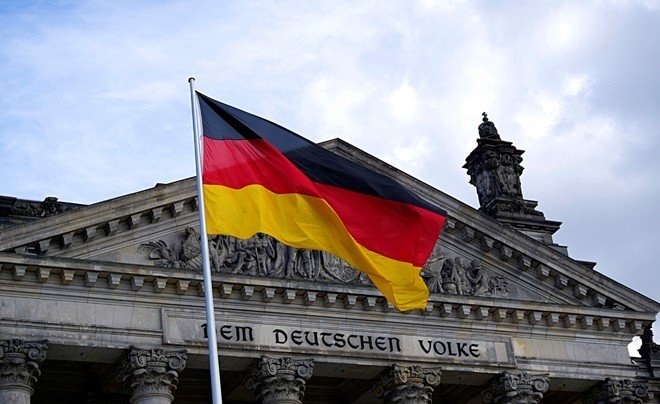 The organizers of the rally were unable to ensure safety regulations were being followed, a police spokesman told dpa.

The police broke up the event, attended by some 20,000 people. When some attendees failed to move on, police told them they were committing misdemeanours, which led to further yelling and booing.

The police also removed several organizers from the stage, to shouts and boos from those attending the rally, and used force when one person refused to comply.

A persistent group remained in front of the stage and some people were also carried away or forcibly removed by the police.

A total of 18 officers were injured dispersing the crowd, Berlin police tweeted early on Sunday. Three officers had to be treated in hospital.

The police said some 17,000 people had taken part in an initial march through the city centre, ending at the city's landmark Brandenburg Gate.

The organizers of the events said 1.3 million people had attended.

Police said they deployed 1,100 officers on Saturday to monitor the event and disperse the crowd.

The police tweeted that a criminal complaint has been filed against the organizers for failing to comply with the regulations.

Protestors marching through the city called for "freedom" and "resistance," shouting, "The biggest conspiracy theory is the coronavirus pandemic."

Many carried signs from the places they had come from, and the flags of different German states.

Counter-demonstrators also gathered on Saturday, many under the banner "Grandmas against the right," and shouted "Nazis out" at those taking part in the main protest.

The main demonstration was held under the banner "The end of the pandemic: Freedom Day," and organized by the initiative "Lateral Thinking 711."

In Stuttgart, the same group has repeatedly demonstrated against the restrictions imposed by the German government to contain the coronavirus and in support of the protection of fundamental rights.

Lawmakers across the political landscape responded to Saturday's events with anger and dismay.

"Yes, demonstrations should be allowed even amid the pandemic. But not like this," Spahn wrote on Twitter. Social distancing, health and safety rules and wearing protective face masks serve to protect everyone, he said, and only "sense, perseverance and team spirit" will help overcome the pandemic.

Saskia Esken, co-chair of the centre-left Social Democrats, had stronger words. "Thousands of #Covidiots are creating a second wave in Berlin, without distancing or masks," she tweeted.

"They are not only endangering our health, but also our success against the pandemic and for the revival of the economy, education and society. Irresponsible!" she wrote.

Jan Redmann, a politician in Brandenburg, the state surrounding Berlin, tweeted "1,000 infections a day and people are demonstrating against virus restrictions? We can no longer afford such dangerous nonsense."

Further events are planned during the weekend.

These rallies come despite rising infection numbers, with 955 new cases recorded in the past 24 hours, according to the Robert Koch institute (RKI), the country's disease control centre, on Saturday.

The death toll has reached 9,148, up seven on the day before.

The new case numbers show the highest daily increase since May, aside from a local outbreak at a slaughterhouse in mid-June.

In total, at least 209,653 people in Germany have been infected with the virus since the outbreak first occurred.