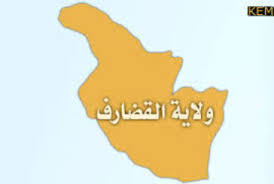 Al-Gedare, Aug. 10 (SUNA) - the acting governor of Al- Gedaref state, Dr. Suleiman Ali Mohammed Musa, has stressed his government's keenness to develop relations with Ethiopia and neighboring regions, exchange of common benefits and good neighborliness, pointing to a number of  joint committees between the two sides that work to serve the two countries’ peoples and achieve common interests.

During his meeting with the Ethiopian Consul in the state of Gedaref, Alamayo Sugan, he indicated that the violations and militias constitute an obsession on the borders, in addition to the kidnappings and arms and drug trade, asserting the aspiration to build more bridges of confidence to achieve stability and peace in the region, and the improvement in the trade balance.

The Ethiopian Consul on his part, has congratulated the governor for his new position, underlining the deep relations that bind Sudan and Ethiopia, especially the relations that link the border regions with the state of Gedaref, indicating work for keeping peace along the border to achieve stability.

He called for the resolution of all problems through dialogue, referring to the role of the consulate in building relationships with community leaders, universities, farmers and merchants, expressing his wishes that the Grand Ethiopian Renaissance Dam would fulfill all the aspirations of the peoples of Ethiopia, Sudan and Egypt, and to work together to exchange common benefits.