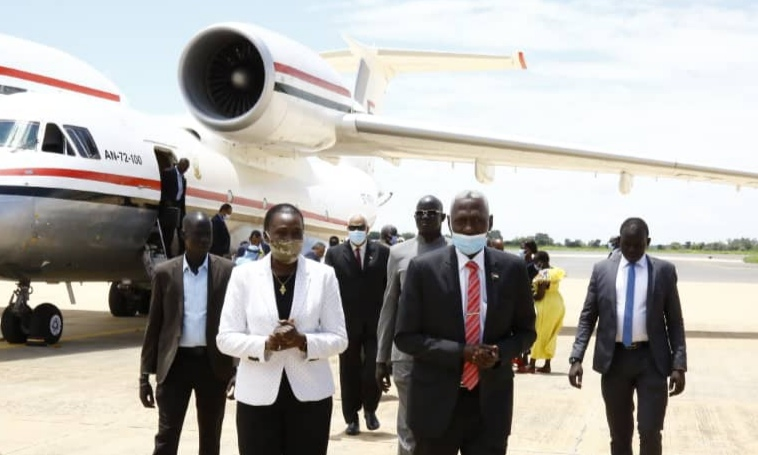 Juba, Aug.14 (SUNA) – The President of the South Sudan State, Genera, Silva Kiir Mayardit , on Friday, met the government negotiation delegation chaired by the Minister of Defense, General, Yassin Ibrahim in the presence of the Southern Mediation Team led by the Advisor of President  for Security Affairs, Tot Galwak.

General, Ibrahim said in press statements following the meeting that he conveyed greetings and appreciation of the Head and Members of the Sovereign Council and the Prime Minister to President Silva Kiir for sponsoring Sudan’s peace negotiations.

He underlined that President Salva Kiir urged the negotiators to speed up the completion of the negotiation process, expressing the readiness f the government delegation to complete the fle which is considered base for reaching a just and comprehensive peace in Sudan.

He revealed that a number understanding was reached with Darfur Track on the security arrangements during the session which held, Thursday, in the presence of the Southern Mediation.

Meanwhile, the member of the Southern Mediation, Dr. Dhio Mattuk said he and the government delegation briefed Salva Kiir on the progress of the negotiations on the security arrangements file, referring to the keenness of the mediation to complete the issue during the coming days prior to signing the comprehensive peace agreement.