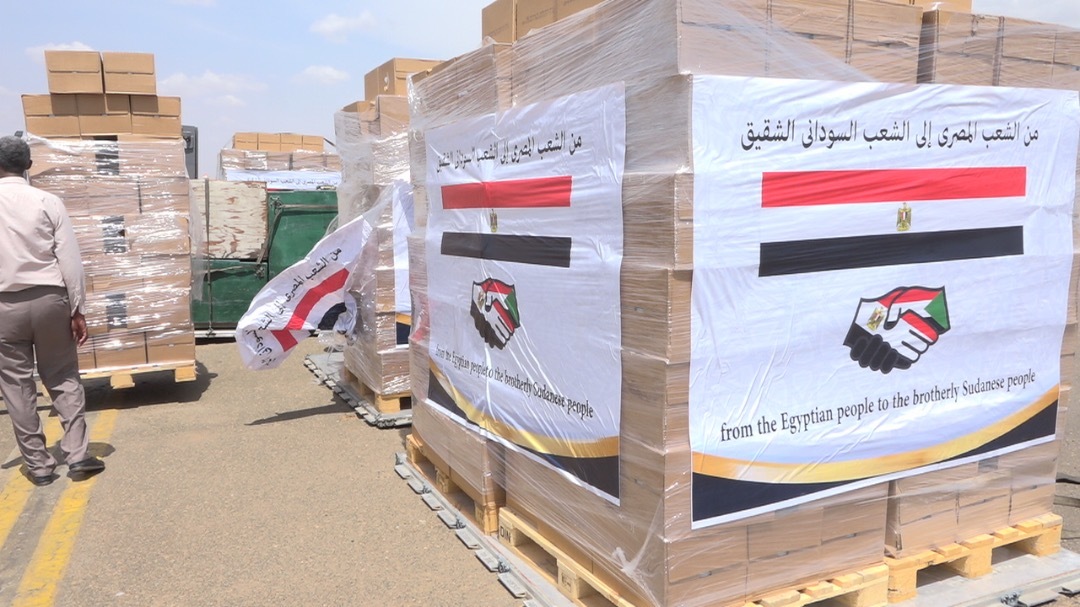 Khartoum, Aug.14 (SUNA) – Two Egyptian planes carrying humanitarian medical and food support extended by Egypt to Sudan, touched down in Khartoum airport, Friday, in the context of the air lift launched Egypt to strengthen cooperation relation between the two countries.

The donation was received, at the airport, by the representatives of the Council of Ministers, the Higher Committee for Health Emergencies, the Egyptian Ambassador to Khartoum and the Civil Aviation Authority.

The Representative of the Council of Ministers, Amjad Farid lauded the distinguished relations between Sudan and Egypt describing them as historical.

He expressed hope that the joint relations will witness more development to serve the interests of the people of the two countries in all fields, thanking the Egyptian government for extending medical support to Sudan to combat COVID-19.

Chairman of the Civil Aviation Authority, Member of the Higher Committee for Health, Ibrahim Adlan thanked the Egyptian government for the support it extends to the country.

The Egyptian Ambassador, Osma Issa said the assistances come in the context of supporting the Sudanese people to face the climate circumstances Sudan witnessed during the past period.