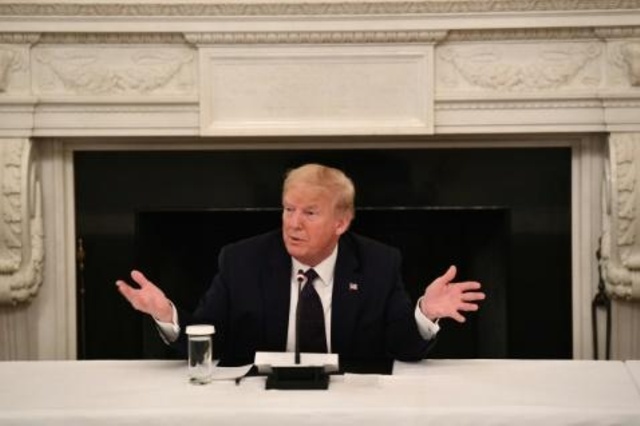 Washington Aug,21 (dpa) - US President Donald Trump's former political adviser Steve Bannon was arrested on Thursday for allegedly defrauding donors through an online crowdfunding campaign that raised over 25 million dollars to build a wall on the US southern border.

Bannon, who has pleaded not guilty, was arrested along with three other individuals - Brian Kolfage, Andrew Badolato, and Timothy Shea - on Thursday morning.

"As alleged, the defendants defrauded hundreds of thousands of donors, capitalizing on their interest in funding a border wall to raise millions of dollars, under the false pretense that all of that money would be spent on construction," US Attorney Audrey Strauss said in a statement.

The "We Build the Wall" campaign had promised to use the donations it received to build segments of a wall on the US-Mexico border, the construction of which was a major Trump promise during the 2016 election.

Kolfage, founder of the campaign, allegedly took 350,000 dollars for his personal use while repeatedly assuring donors that he would not be paid a cent. He then spent the money on home renovations, a luxury SUV, jewellery and cosmetic surgery, among other items.

Bannon, who served as the White House's chief strategist during the first seven months of the Trump administration, received more than 1 million dollars from the scheme, some of which was used to cover personal expenses, the Justice Department said.

Bannon appeared by videoconference before a New York judge on Thursday afternoon after being arrested on a yacht off the coast of Connecticut.

He pleaded not guilty and is scheduled to be released on Thursday after agreeing to a 5-million-dollar bail package, that includes restrictions on domestic travel and a ban on international travel.

President Donald Trump said Thursday that he hasn't dealt with Bannon for a long period of time, but that he felt "very badly" about the indictment.

"I know nothing about the project other than that when I read about it I didn't like it. I said this is for government and not for private people," Trump said. "It sounded to me like showboating and I think I let my opinion be very strongly stated at the time."

The president's son, Donald Trump Jr, had praised the project during an event in 2018, calling it "what capitalism is all about."

"This is private enterprise at its finest. Doing it better, faster, cheaper," he said.

In a video of the event, the president's son directly tells Kolfage that "what you guys are doing is pretty amazing."