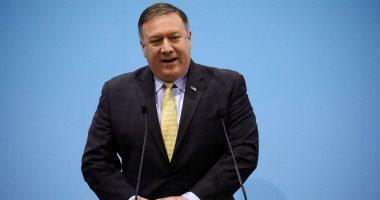 Washington, Sept. 12 (SUNA) – The United States of has  welcomed the recent progress achieved in the peace process in Sudan, referring to the peace agreements signed in Juba last week, and expressed its readiness to support the efforts of Sudan government to recover from the effects of the floods that hit most parts of the country.

The US State Department said that the American administration discussed with Prime Minister, Abdalla Hamdouk, the means to contribute to the reconstruction efforts that Sudan is exerting after the floods that hit the country and caused material and human losses.

The US State Department spokesman indicated that Secretary of State, Mike Pompeo, phoned the Prime Minister, Dr. Abdalla Hamdouk, expressing his condolences to the Sudanese people over the recent deaths caused by the floods among the citizens in Sudan.

The statement of the State Department’s spokesman indicated that the two parties have discussed how the United States can support more the current recovery efforts.
The statement indicated that Secretary of State, Mike Pompeo, has welcomed the recent progress achieved in the peace process in Sudan, adding that the minister agreed with Sudan Prime Minister on the importance of continuing the partnership to support Sudan's peaceful transition to democracy.