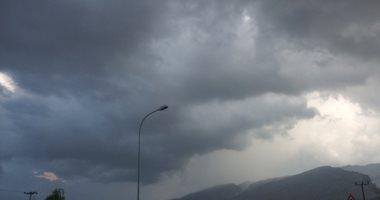 San Francisco Sep.13 (dpa) - Improved weather conditions were helping firefighters battle record-shattering blazes along the US West Coast on Saturday, as authorities continued their search for dozens of missing people in the state of Oregon.

Lower temperatures, reduced winds and increased humidity have helped moderate the wildfires, which have already burned thousands of structures and forced 40,000 people to flee their homes in Oregon alone.

At least 20 people have died in the September wave of fires - mostly in Oregon and Northern California - according to official reports and local media.

Worries are growing that as fires recede the number of deaths recorded will rise dramatically. Oregon Governor Kate Brown said Friday that dozens of people remain missing as emergency management official warned that the state is preparing for a "mass fatality event."

Many fires were yet to be brought under control, including the Creek Fire in central California, which has forced tens of thousands of evacuations and is only 6 per cent contained, according to CalFire.

The Holiday Farm Fire in southern Oregon was zero per cent contained and threatens over 17,000 structures, although calmer weather has "moderated fire behavior," the US Forest Service said Saturday.

Smokey conditions have given Oregon, California and Washington some of the worst air quality in the world, with the city of Portland ranked as having the worst air among the world's major cities on Saturday, according to IQAir.

In California, the fires have burned a record-shattering 1.3 million hectares since the January, a burn area 26 times larger than the same time last year.

The US National Forest Service said weather conditions are expected to improve through weekend in the area of Beach Creek Fire in central Oregon, which has forced the evacuation of over 18,000 people.

Meanwhile, President Donald Trump will visit McClellan Park, near California's capital Sacramento, on Monday to be briefed on the fires.

The fires have been fuelled by a volatile mix of high winds, heat waves, lightning storms and drought conditions, which experts say are symptoms of climate change.

The surge in wildfires has also fuelled online conspiracy theories that are largely centred around baseless allegations that members of the far-left group Antifa are committing arson.

"We are removing false claims that the wildfires in Oregon were started by certain groups," the company's policy communications director Andy Stone said on Twitter.

"This is based on confirmation from law enforcement that these rumors are forcing local fire and police agencies to divert resources from fighting the fires and protecting the public," Stone said.

He added that the decision was made in light of the possible risk to human life as the fires continue.