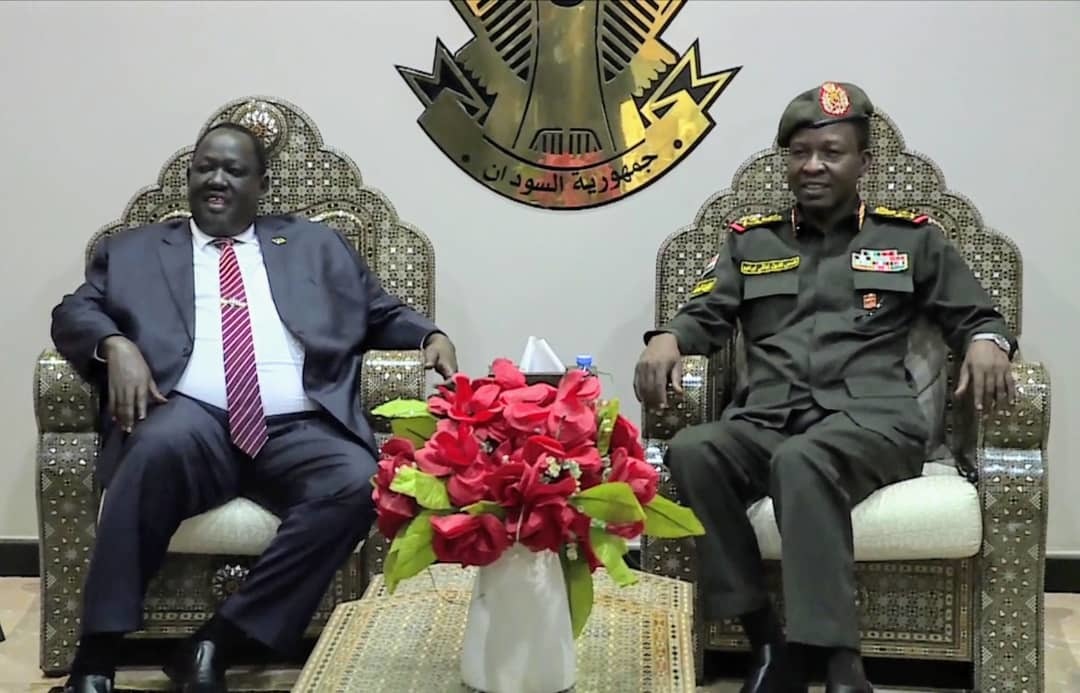 Dr. Dhieu Matouk , noted in a press statement at Khartoum Airport, that the delegation was carrying a message from Lieutenant General Salva Kiir Mayardit, to his brother Lieutenant General Abdul Fattah Al-Burhan, the Chairman of the Transitional Sovereign Council, including an in invitation for him to attend the final signing ceremony of the peace agreement on the 3rd of next October in Juba, with the participation of heads of state and governments of the IGAD countries, Sudan’s friends, some Arab countries and neighboring countries.

He also expressed sincere condolences of the government and people of the Republic of South Sudan to the families of the victims of the floods that swept arge parts of the country.

He indicated the mediation arranged for the visit of the advanced delegation of the Revolutionary Front to Khartoum on the 17th of next October, in preparation for the return of all the leaders of the armed struggle movements abroad, asserting that the agreement will be included in the constitutional document after the final signing of the peace agreement marking the start of the transitional period.

The rapporteur of the S. Sudan’s Mediation Committee has congratulated the Sudanese people on the imminent establishment of a comprehensive and lasting peace, expressing his hope that others would join the peace process, revealing that negotiations with the SPLM-North led by Abdul Eziz Al-Hilu would be launched soon, indicating that the mediation will hold consultations with the Sudanese government in this regard.