Pandemic sharpens 'battle for the soul' of United Nations between U.S. and China 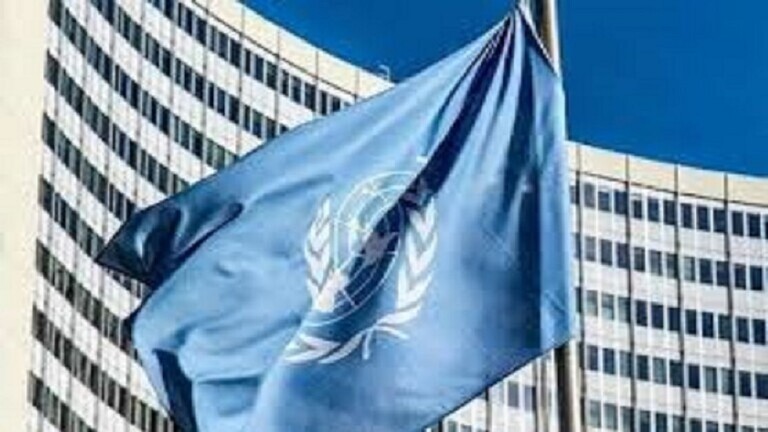 UNITED NATIONS Sep.16 (Reuters) - Long-simmering tensions between the United States and China have hit boiling point at the United Nations over the coronavirus pandemic, spotlighting Beijing’s bid for greater multilateral influence in a challenge to Washington’s traditional leadership.

United Nations Secretary General Antonio Guterres shakes hands with China's President Xi Jinping before proceeding to their bilateral meeting at the Great Hall of the People in Beijing, China September 2, 2018.

“There’s definitely, in my mind, a battle for the soul of the U.N. going on,” said a senior European diplomat, speaking on condition of anonymity, adding that Trump’s “America First” policy has been “damaging because the Chinese have a sort of smooth assertion that they are the true multilateralists.”

While Trump has made China one of his punching bags as he bids for re-election on Nov. 3, the diplomatic hostilities have spilled over in public meetings of the 193-member General Assembly and the 15-member Security Council.

Xi had been expected to make a rare visit to New York next week for the annual U.N. gathering of world leaders, which could have provided an opportunity for a meeting in person with Trump. But he will now send a video statement because of the pandemic.

Trump blames China for a lack of transparency about the novel coronavirus, which emerged in the Chinese city of Wuhan last year. China has rejected his accusations.

He said there was a risk of a rupture between the world’s two biggest economic powers that could essentially result in two global economies, which would “have dramatic impacts, especially for developing countries that will be in the middle.”

Guterres warned that “a rupture can then lead ... to forms of military confrontation that would be very undesirable.”

The U.S. and Chinese missions did not respond to repeated requests for interviews.

The tension between the United Nations’ two biggest financial contributors is front of mind for many diplomats at the world body.

“It’s something now that you think about almost every other day - how these two superpowers will look at a certain issue ... how U.S., China relations evolve in the coming period and how that spills over,” said a senior Gulf diplomat, speaking on condition of anonymity.

It took months for the Security Council to adopt a resolution on the coronavirus as the United States opposed any mention of the WHO and on Friday Washington and its ally Israel were the only two countries to vote ‘no’ on a General Assembly pandemic resolution that was adopted with overwhelming support.

A more assertive China has been putting forward more candidates for senior U.N. positions and pushing for language associated with Xi’s Communist Party ideology to be included in U.N. resolutions, diplomats said.

Some diplomats admit Western countries have been slow to respond, but are now pushing back.

In a declaration to mark the 75th anniversary of the United Nations - agreed by the General Assembly in July and to be adopted by world leaders on Monday - the United States, Britain, Japan, India, Canada and Australia objected to the phrase “our vision for a common future” because they said it was Xi rhetoric, diplomats said. The language was removed.

The United States announced in January that it had assigned a top State Department official with countering “malign influences” of China and others at the United Nations. U.S. Ambassador to the U.N. Kelly Craft said last week that a priority was to get more Americans or people from like-minded countries working in the U.N. system.

“The U.N. can be characterized as ‘home turf’ for the United States, but walking off the field will facilitate China moving in to fill the vacuum,” Feltman wrote for the Brookings Institution. “The game does not stop when we stomp off the field.”