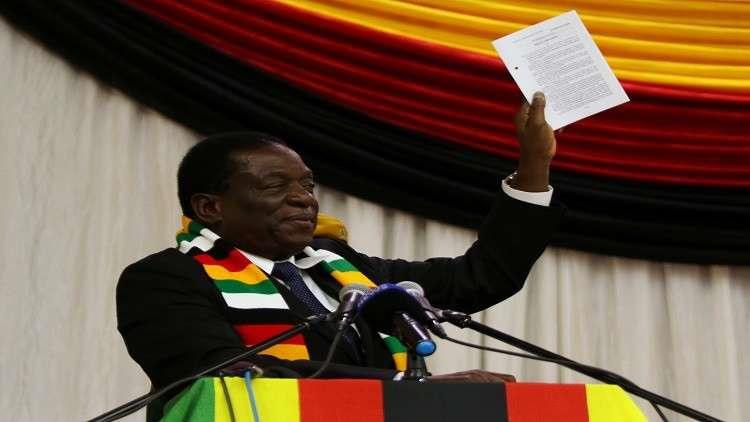 Harare Sep.16 (allAfrica) - President Emmerson Mnangagwa has stood adamant, South Africa's governing African National Congress was only engaging his Zanu PF party and no-one else, insisting there was no crisis which warranted the involvement of other political parties in the country.

Mnangagwa told party delegates to a Zanu PF provincial meeting in Gweru over the weekend recent engagements which Zanu PF had with ANC were between two revolutionary parties.

He said there was nothing strange with the meeting as this was the norm within SADC where parties sharing a revolutionary history often met and brainstormed over many issues.

Mnangagwa told the party faithful that he has since told South African President Cyril Ramaphosa there was no crisis in Zimbabwe.

"President Ramaphosa my friend, he called and said my brother, there is a lot of pressure here (South Africa). How are things there because here we understand Zimbabwe is in a crisis. I said, no there is nothing like," Mnangagwa said.

Ramaphosa said, "I want to send an envoy to be briefed and I said ok. Then social media misinterprets, they say, ah President Ramaphosa is sending an envoy to come and investigate the Zimbabwe situation and he must come and see other groups and so on. No."

Mnangagwa insisted that talks between him and Ramaphosa were following diplomatic relation protocols.

"The protocol is if a Head of State sends an envoy to another Head of State, the envoy carries the information from one head to another and the other replies and that reply is carried back and that is what happened," he said.

Mnangagwa insisted the envoys' visit had nothing to do with the opposition or other groups.

"It's a President to President briefing," he said, adding that his Zanu PF was part of a forum for revolutionary parties in SADC.

"Then there are revolutionary parties in Mozambique, we have Frelimo in South Africa, we have ANC we have Swapo in Namibia; Angola MPLM; Zimbabwe, Zanu-PF.

"We also have Chamachamapinduzi in Tanzania. These are the parties that were engaged in the armed struggle.

"So, we must share the mode of attack by our detractors. So, we agreed as ANC and Zanu PF that our brothers and sisters of the ANC come and we discuss the challenges and attacks on us so they also prepare themselves better."

Mnangagwa insists it was only in people's imagination that ANC had come to also meet other parties in the country.

"Then what does the social media say? 'ANC is coming here not only to discuss with Zanu PF but with this party that embassy and so on'. There is nothing like that, hakuna. As ANC, they engaged Zanu PF," he said.

Mnangagwa said there was abuse of democracy in the country, "where we have people faking abductions".

"We have a case of (Peter) Magombeyi who claimed to have been abducted and he comes from his so-called abduction with clean clothes, clean shaven and his phones fully charged claiming abductions. Yet he was at a particular embassy drinking tea and watching TV."

"Then we see these ladies claiming abductions. We have been quiet for some time before we brought evidence to counter the lies," he said.

Meanwhile, Mnangagwa said his government was ready to deal with anyone causing anarchy in the country.

"We need law and order, we shall make sure the country is peaceful, our people should live in peace and do their work in peace. Our people should be allowed to enjoy democracy and be peaceful.

"Those who are bent on creating chaos in the country, the laws of the country will take their course, there is no exception. It doesn't matter whether every day you receive money from embassies, if you breach our laws, our laws will apply, that will not change," he warned.