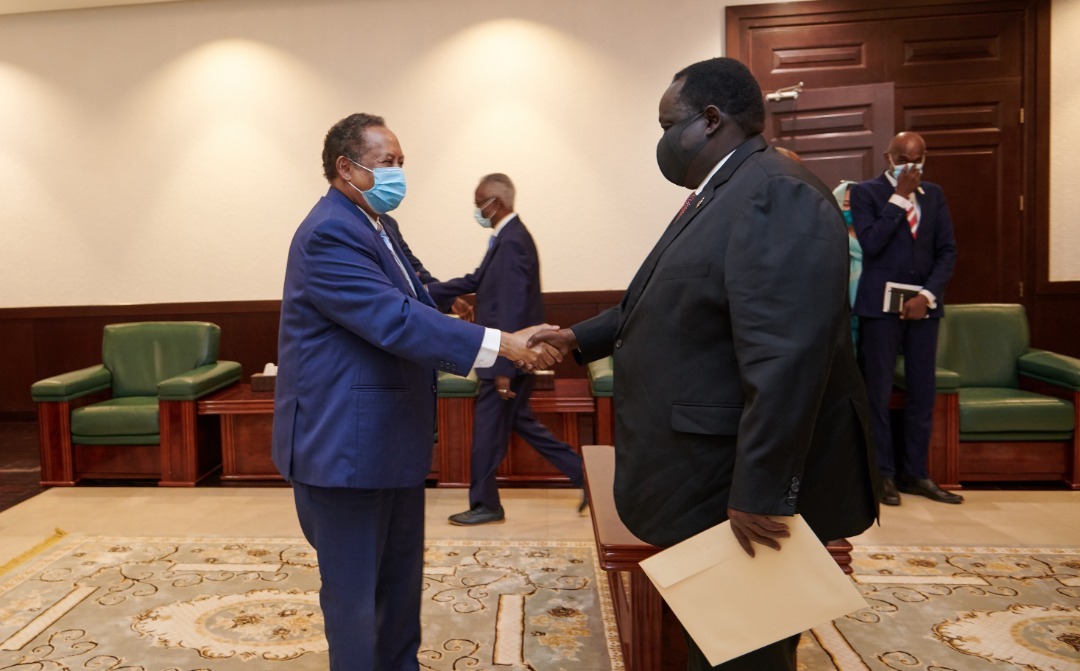 Khartoum, Sept.16 (SUNA) – The Transitional Prime Minister, Dr. Abdulla Hamdouk received an official invitation from the President of the Republic of South Sudan, General, Salva Kiir Mayardit to attend final peace signing ceremony between the Government of Sudan and the parties to peace process of the Armed Struggle Movements scheduled for October.3 in Juba, the capital o the State of South Sudan.

This came when Dr. Hamdouk received, Wednesday, the Chairman of the Mediation Committee, the Security Advisor of the President of the Republic of South Sudan, Tut Galwak.

Galwak said in press statements that , he also, extended the invitations to IGAD’s Heads of State, Arab World, friends and partners of Sudan and the diplomatic delegations to attend the celebrations.

He outlined that the meeting touched on Abyei File, affirming the desire and keenness of the two countries to reach an agreement on the area to strengthen peace between them.

Dr. Hamdouk, on his turn, thanked the delegation for the invitation, affirming the government delegation return to the negotiations with the People’s Movement/Noth led by Abdulziz Al-Hilo, whenever, the mediation requested.

He expressed the Sudan government and people’s appreciation to the great role being played by the Republic of South Sudan in peace talks and the agreement which will be signed next month.