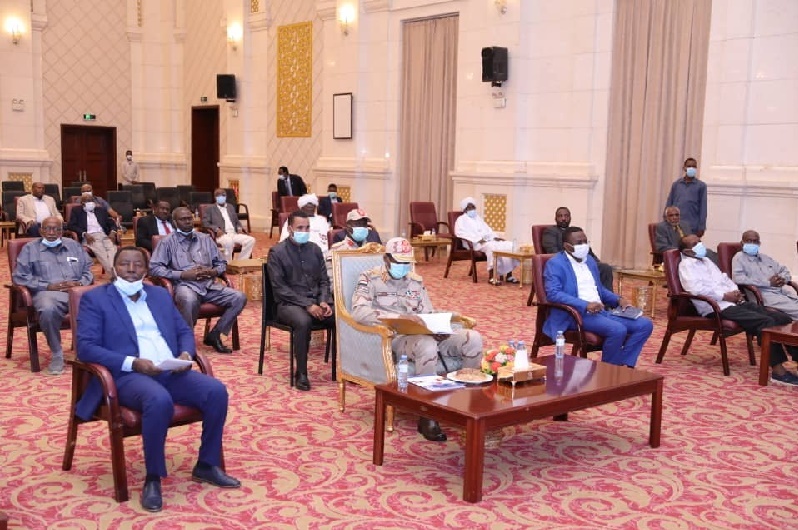 Khartoum, Sep. 17 (SUNA) The First Vice President of the Transitional Sovereign Council, Lt. Gen. Mohammed Hamdan Dagalo, met today in his office in the Republican Palace, with the members of the Supreme Committee of the Abishi Forum for Border Tribes.

The deputy chairman of the committee Dr. Hassan Barguo, noted in a press statement that the meeting discussed the ongoing arrangements for convening the Abishi Forum for Border Tribes, which is headed by Lieutenant General Abdul Rahim Dagalo, the Second Commander of the Rapid Support Forces.

He indicated that the committee includes 45 members from the people of Darfur, explaining that the forum aims  to create conducive environment for the coming peace in coordination with the traditional administrations, the work mending Darfur  social fabric, strengthens the peace process on the ground, and promote for the efforts to establish a comprehensive peace on Juba’s Forum.

He pointed out that the First Vice President of the Transitional Sovereign Council gave directives for the expansion of the committee’s membership to arrange for the convening of the forum to include representatives from the armed struggle movements.