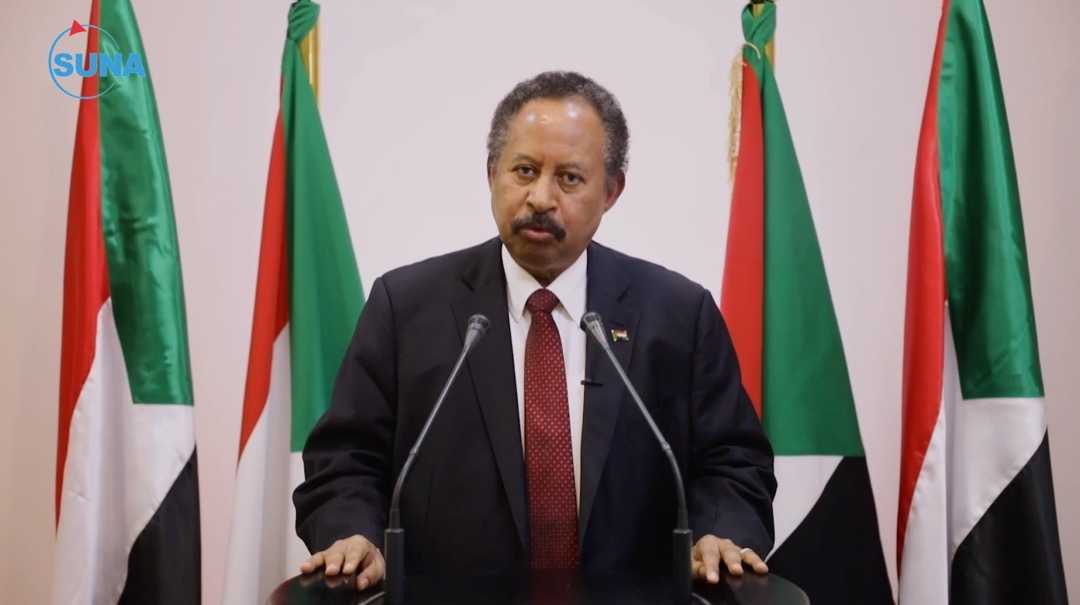 Khartoum, Sept. 21 (SUNA) – The Prime Minister, Dr. Abdalla Hamdouk, has affirmed the keenness and commitment of the transitional government with its two councils, the Sovereignty Council and the Council of Ministers, to implement the peace agreement reached between the government and the Revolutionary Front, stressing that the biggest challenge is to bring the peace to the stakeholders on the ground according to the agreed upon timetable.

This came when he received Monday in his office the advance delegation of the Revolutionary Front, headed by Deputy Chairman of the People’s Liberation Movement – North, Yasser Arman.

The Advisor of the Prime Minister for Peace Affairs, Prof. Gumma Kinda, said that the meeting was fruitful and marked the beginning of consultation and progress for implementing the agreement on the ground.

Prof. Kinda said that the meeting dealt with the economic situation, noting that the delegation made it clear that they seek their presence to be part of the solution to the economic crisis.

He explained that the discussion touched on the mechanism of the Revolutionary Front’s participation with other national actors in the First National Economic Conference, scheduled at the end of current September, adding that the Prime Minister expressed the need for the Revolutionary Front to make its voice heard in the conference and that the conference is considered an important step building for implementing a national development project that addresses the issue of social justice

Kinda said that the meeting affirmed the need for joint work to develop a balanced foreign relations policy and to establish mechanisms for implementing the peace agreement and to promote the relationship with South Sudan State, especially that the atmosphere created by the peace process during the past year raised many issues of common interest between the two countries.

Meanwhile, the head of the Revolutionary Front’s advance delegation, Yasser Arman said that the aim of the meeting was to reach a common vision on the priorities for implementing Juba peace agreement, pointing out that they shared identical views with the Prime Minister in this connection.

According to Yasser Arman, the meeting dealt with the way to create an effective partnership and a social and political bloc that is keen for the success of the transitional period and the performance of its tasks, toward achieving a qualitative progress and not only a change of faces in the Sovereignty Council, the Council of Ministers and the states and other mechanisms of the transitional government toward creating a broad and united social force during the transitional period.

Arman pointed out that the transitional period will witness, for the first time in the history of Sudan, the indigenization of both democracy and peace and the attainment of citizenship without discrimination, explaining that Sudan is a diverse country and that the right of others must be respected,

He pointed to the ability of the Revolutionary Front to contribute to formulation of the economic and foreign policies of the country, adding that they will support the openness of Sudan to the world and the removal of Sudan name from the list of the countries sponsoring terrorism.

Arman said that the meeting also tackled the relation between Sudan and South Sudan which is more than strategic, referring to the need to bring this relation to a new horizon, enhance the inter-border trade, open the crossings and develop the river transport between the two countries.

Arman said that the meeting also discussed the issues of east Sudan, indicating that the Prime Minister has described east Sudan as one of the most marginalized areas in the country and that the government is working to implement a development program for east Sudan and to establish East Sudan Development Commission.