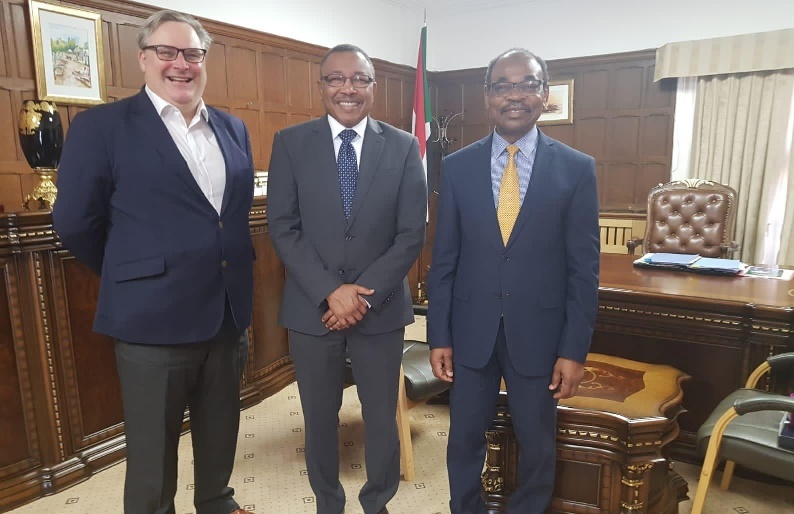 Khartoum 09-22-2020 (SUNA) – the acting Foreign Minister, Omer Gamar Eddin, as part of his visit to the United Kingdom met yesterday, Monday, with Mr. James Dadridge, the Minister in charge of the African affairs, at the headquarters of the British Foreign Office.

The meeting has discussed a number of issues for strengthening the Sudanese-British relations flowing the transitional government took over duties in Sudan after the glorious December revolution.

The Acting Foreign Minister has expressed the Sudan's thanks and appreciation for the effective participation of the UK in the Sudan Partners Conference hosted by the German capital Berlin in June 2020 and the financial pledges it had announced.

He reviewed the transitional government’s efforts in Juba Forum for achieving a comprehensive peace and to reach a partnership that includes everyone and achieves the required transformation.

On his part, Minister Dadridge has affirmed the Sudan importance for the UK, and the kingdom keenness to enhance cooperation in various fields, especially the field of investment, for the interest of both countries, stressing his concern to engage in a long term partnership with the Sudan, pointing to the role could be played by the British Businessmen Council in this regard.