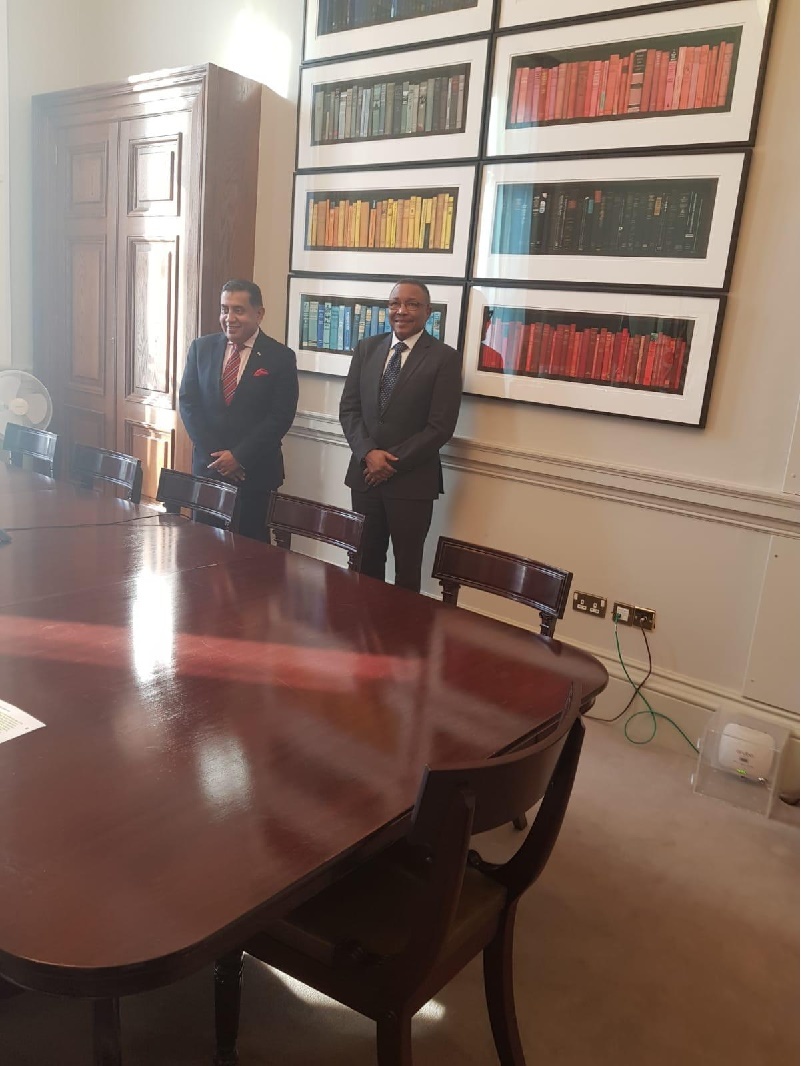 Khartoum, Sep. 22 (SUNA) – The Acting Foreign Minister, Omer Gamar Eddin, met at the headquarters of the British Foreign Office, Lord Tariq Ahmed, the State Minister for the United Nations’ Organization and the Commonwealth Group, Human Rights and Freedom of Belief and Religions.

Lord Ahmed pointed to their following, despite the challenges, the progress made by Sudan in the areas of human rights and freedom of religion, indicating support to the government's direction and steps in this regard.

He stressed importance of protecting civilians and their interest in opening the Office of the High Commissioner for Human Rights to carry out its duties, commending the Sudanese women participation in the manufacture of Sudanese revolution and their participation in various fields.

The Acting Foreign Minister on his part, has expressed thanks to Lord Ahmed for the British government's support to Sudan to face the challenges of the human rights file, noting to most of these are inherited from the previous regime, explaining that the government is committed to its obligations to protect human rights and civilians.

On the incidents in Darfur, the Acting Minister noted to the government deployment to several thousand’ of joint forces for the civilians protection, pointing to the forces benefit from the positive experiences of the UNAMID forces, indicating that the government is keen not to create a vacuum in the transition process from the UNAMID mission to the new UN mission.

He also invited the Minister of State, Lord Ahmed, to visit Sudan to examine the positive developments that took place in the new era.