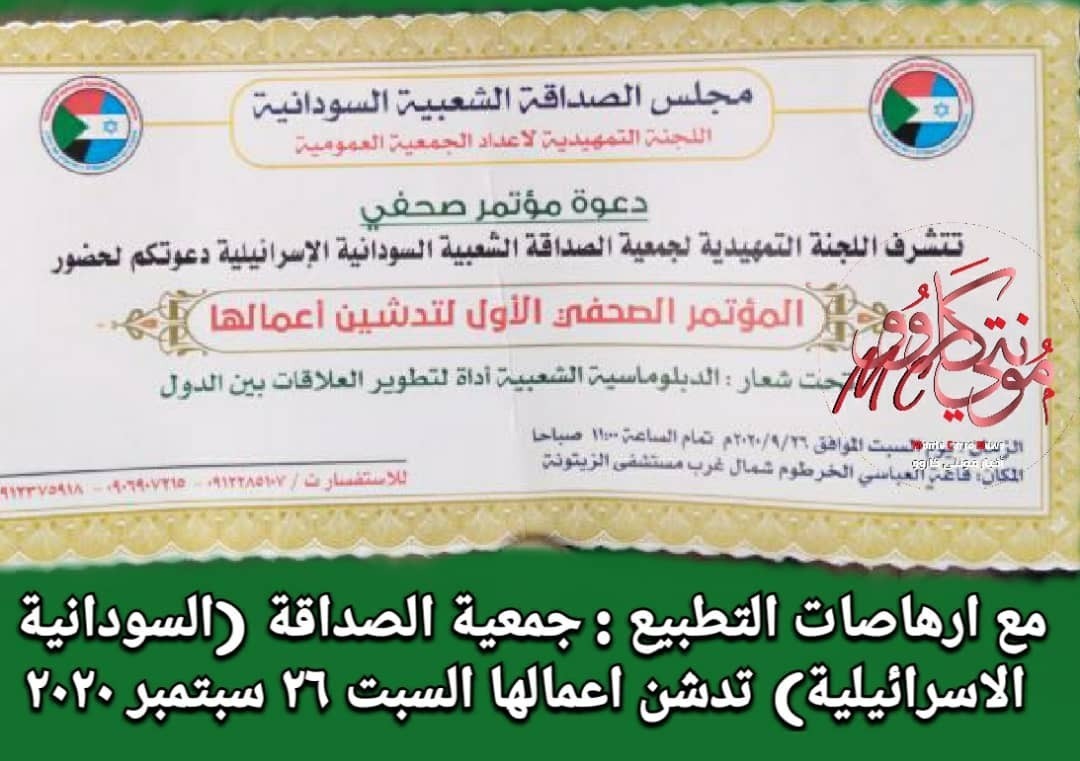 Khartoum, Sep.24 (SUNA)-The Council of International People's Friendship (CIPF) announced that it has not begun forming a Sudanese-Israeli Friendship Society.

The Council affirmed tthat what had been cited in the announcement that was carried out by some press,  media and websites have nothing to do with the Council and that the Council has not called for holding a press conference on this affair.

An official source at CIPF added that  the Council has nothing to do with what stated in the announcement and that  no deliberations at level of  the Council’s general secretariat, circles or its components and branches  took place  over formation  of such society.