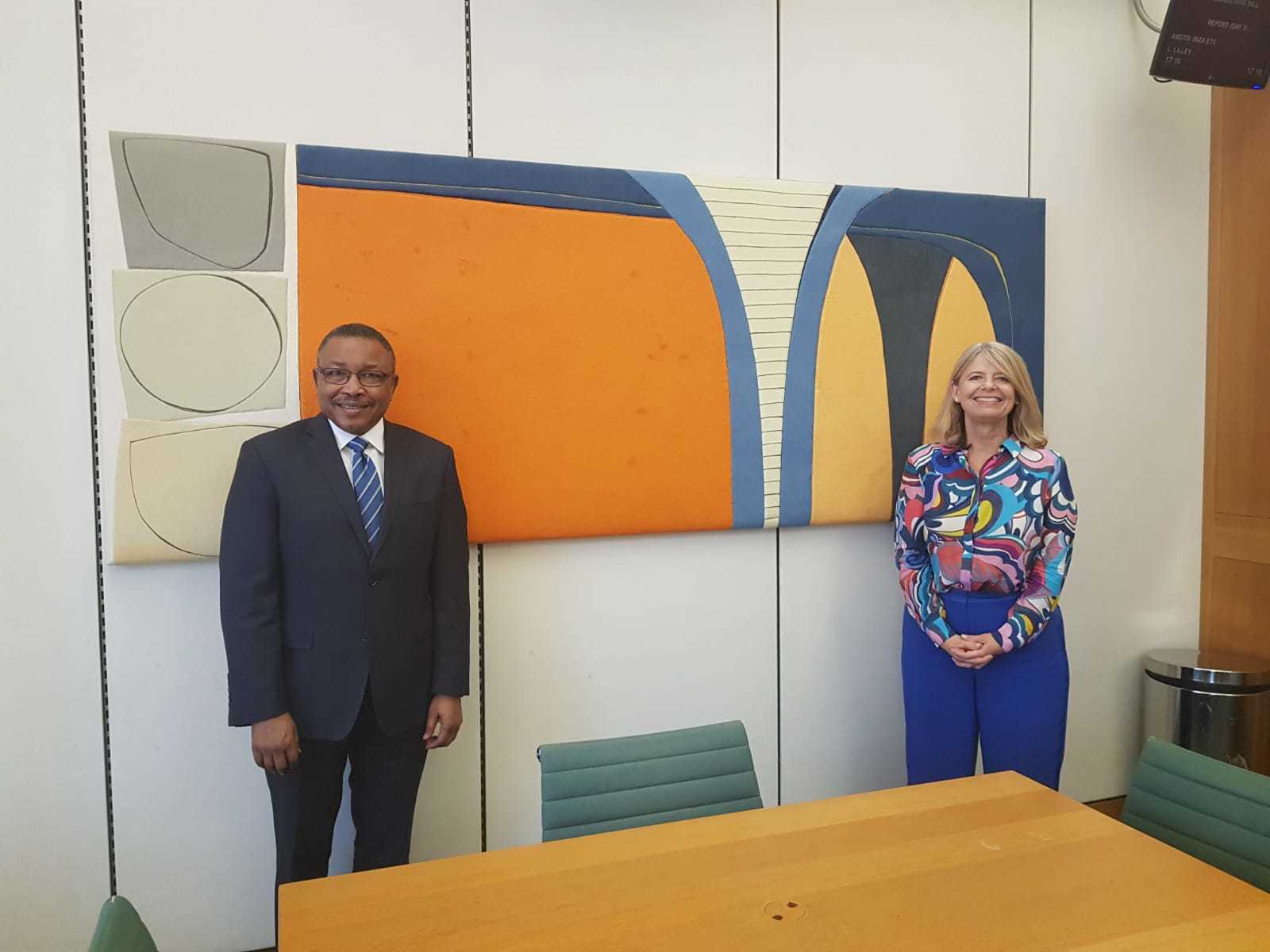 The meeting discussed the pdevelopment of the Sudanese-British bilateral relations, where Harriett pointed out that the British parliament follows up the positive dvelopments in Sudan after the change, and will discuss the support of the peace process and making a success the Transitional Period and support f the education sector in the country.

“The UK concerns with establishment of long-ter partnership with Sudan in trade and econo mic fields to face the challenges that concern the two countries and the region” the British official said.

The minister thanked Harriett for the concern of the British parliament over the developents in Sudan, briefing her on the efforts being exerted by the government to realize comprehensive peace in the country and the completion of the transitional period by formation of the Natinal Legislatures.