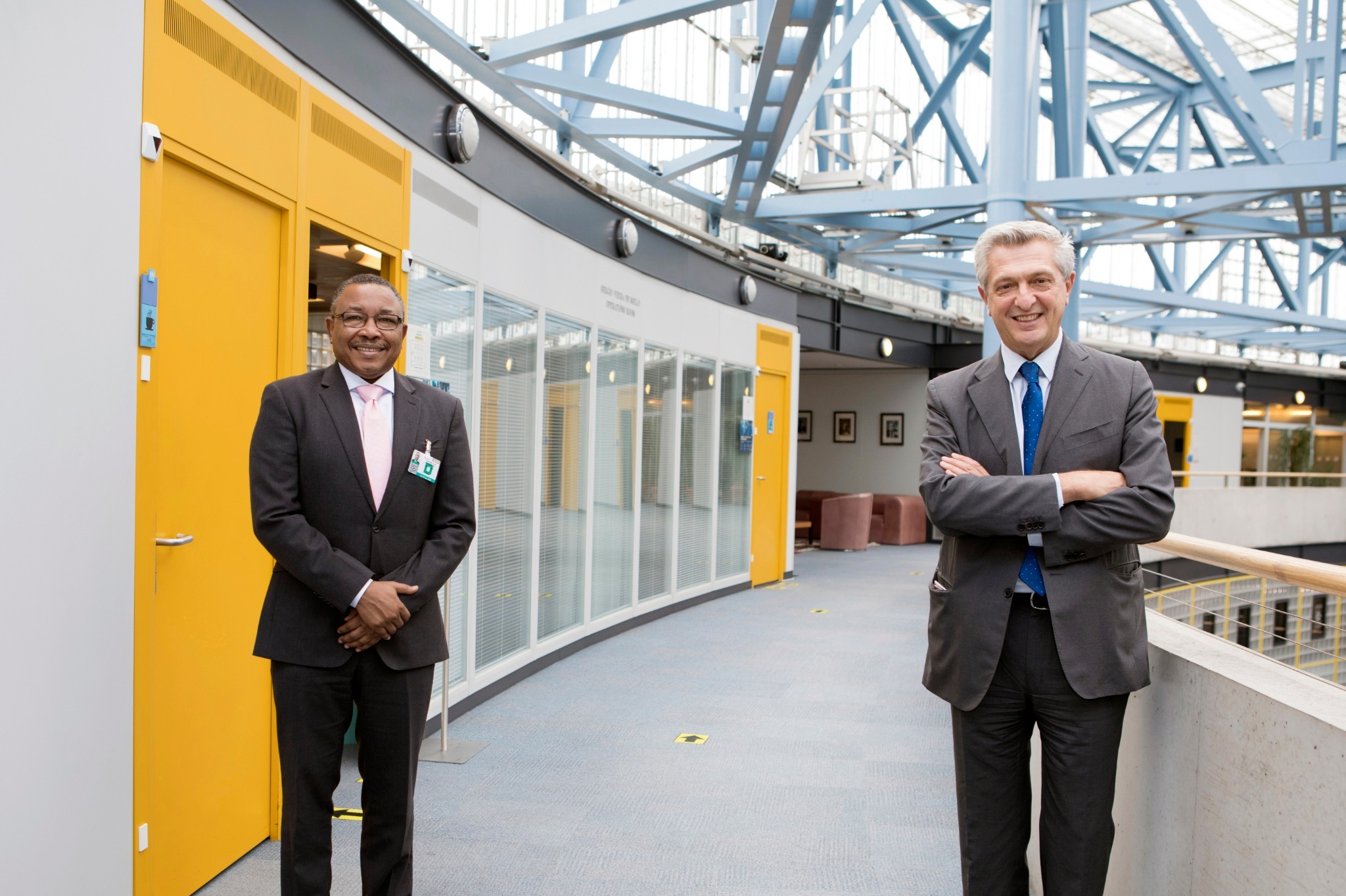 Geneva, Sept. 24 (SUNA) – The Foreign Minister, Omer Gamar-Eddin, Thursday morning addressed the meeting of the African Group of Permanent Delegates in Geneva on the sidelines of the 45th session of the Human Rights Council.

The meeting discussed the developments in the political situation in the country, especially the signing of the peace agreement with the Revolutionary Front in Juba.

He reflected the government commitment and determination to achieve peace in all parts of the country.

The Foreign Minister has reviewed the government efforts to promote and protect the human rights conditions in the country, through legal and justice reform, the abolition of some articles that were in violation of basic human rights, guaranteeing the general freedoms, ensuring the religious freedoms, and other important steps taken by the government of the transitional period.

The Foreign Minister also met with the High Commissioner for Refugees, Philpo Grandi, and discussed the situation in the country following the floods disaster that hit large parts of the country, expressing thanks of the government of the transitional period for the support that UNHCR continued to provide, especially during the period of the corona pandemic.

The meeting also discussed a proposal to hold a regional conference to address refugee issues in Sudan and South Sudan at the beginning of the year 2021, under Sudan chairmanship of the IGAD organization, stressing that the conference is the first basic steps to reach sustainable solutions to the issues of internally displaced persons and refugees in Sudan and South Sudan.