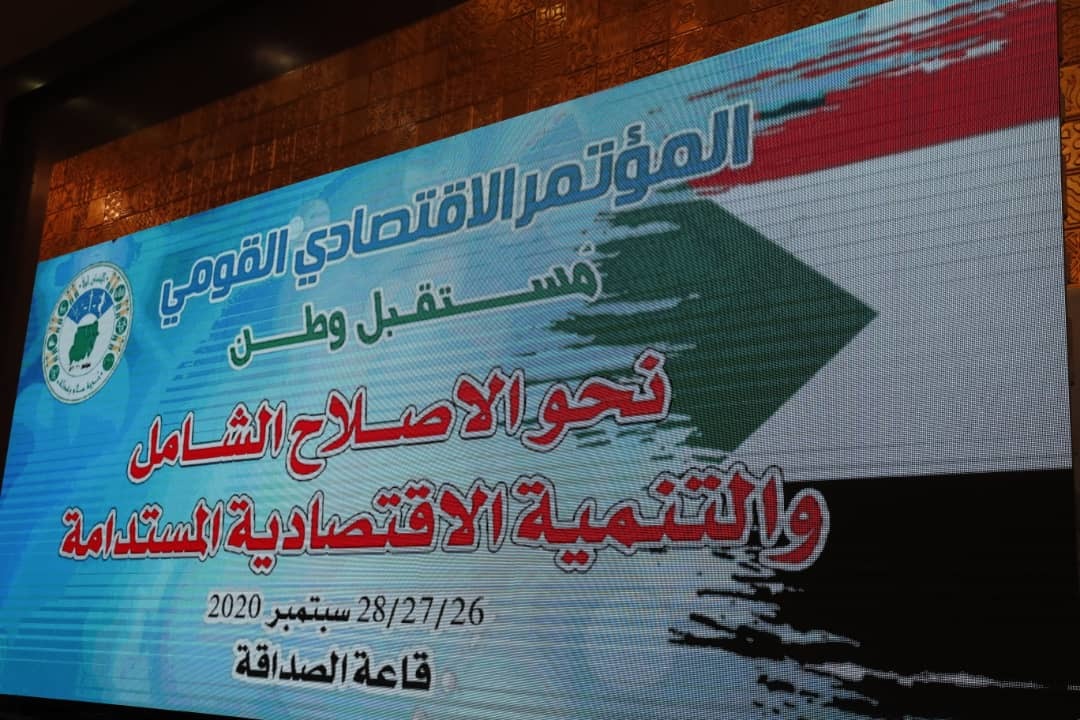 Khartoum, September 26 (SUNA) - At the First National Economic Conference held at the Friendship Hall Saturday, the Emergency Economic Committee reviewed its most important achievements, which were the establishment of the Commercial Financing Consortium for the Provision of Strategic Goods, the export of gold produced and the approval of the emergency plan for Port Sudan seaport

The paper, which was presented during the session, stated that an export village was established under the supervision and implementation of the Customs Authority, pointing out to the completion of the networking procedures between the units and the headquarters of the ministries, referring to the increase in the time limit for calculating the value of land for a month during the pandemic period.

The report of the emergency committee explained that joint forces were also formed to combat the smuggling of strategic goods, referring to the addressing of the problem of the produced wheat through the provision of gasoline for its transport from production areas to the mills as well the provision of fund for importing petroleum products to solve the distress of the shortage of petroleum materials by taking urgent and exceptional measures.

The committee added that the necessary measures have been taken to oblige commercial shops to place price tags on the goods on shelves in compliance with the Law on Organization of Competition and Prevention of Monopoly, the Executive Regulations and the Consumer Protection Law of 2019.

The committee also approved a number of decisions regarding combating smuggling through Khartoum Airport, including the periodic change of all personnel and entities operating at Khartoum Airport, closure of several gates and reduction of the number of entry card holders from 15,000 to 7,000 as a first stage.

The committee also took a measure to install surveillance cameras in the inner and outer yards of the airport and reduce the amount of gold used for decorative purposes allowed for trips from 150 grams to 50 grams.