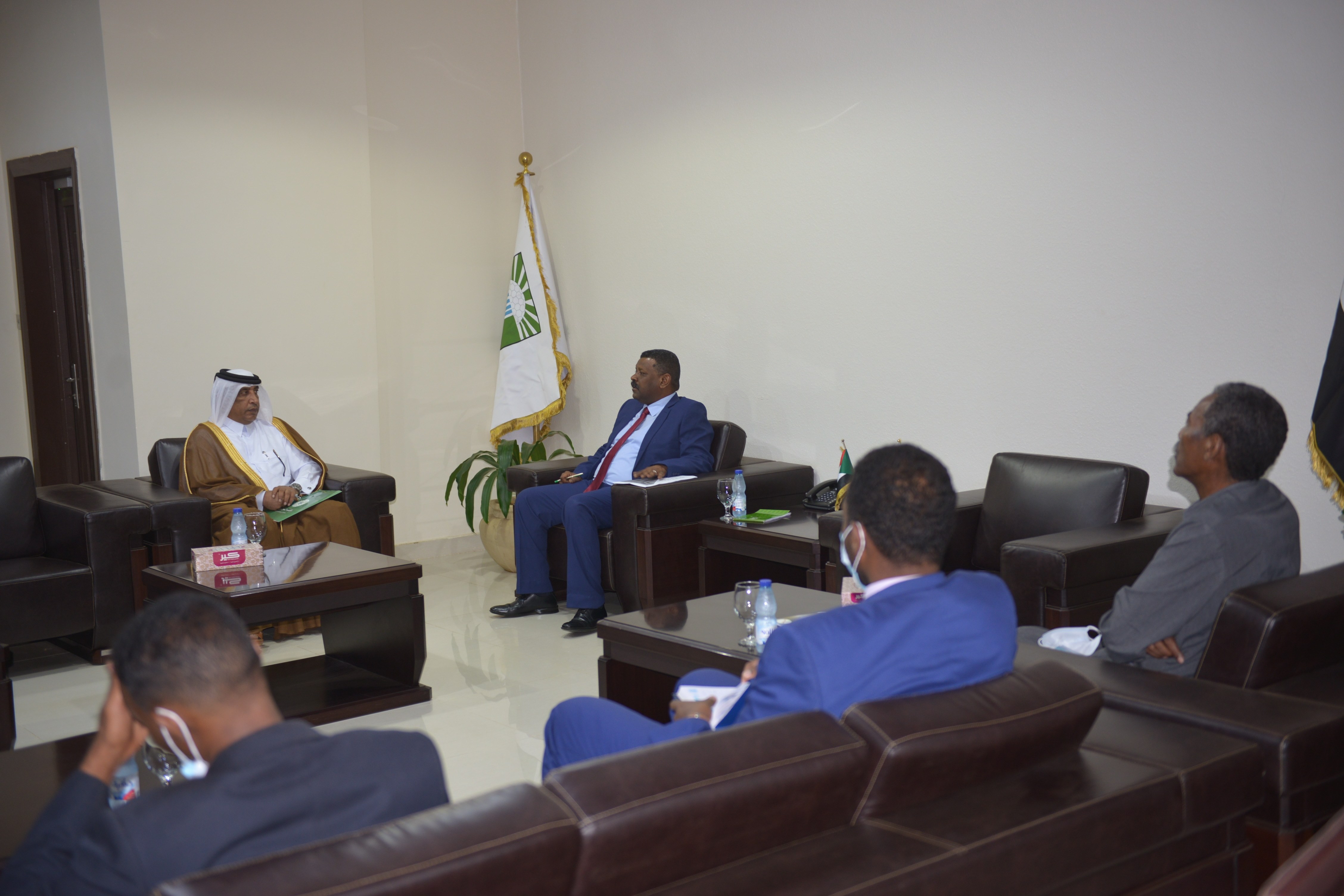 Khartoum, Sep.28 (SUNA)-Wali (governor) of Khartoum State, Ayman Khalid Nimir on Sunday received in his office  Ambassador of State of Qatar  to Sudan, Abdul-Rahman Al- Kebaisi, in the presence of the General Secretary of the government of the State.

The meeting reviewed the State’s plan to ward off  impacts of rains and  floods that recently hit most parts of the  the State ,  indicating to  the State’s plan to move  settlements built along rains drainages and valleys  to secured  sites  so as not to avert losses  in the future  and wasting of   resources

The Wali of Khartoum State expressed appreciation  to  State of Qatar, government and  people,  for  its continued support to people of the State  to address  the impact resulted in  from  rains and floods which hit vast area of  Khartoum State.

The Qatari Ambassador, for his part, affirmed Qatar solidarity with Sudan to overcome the current ordeal and reconstruction of what have been  damaged  by floods  and  to work with the  Khartoum State  until life of people returns to its normalcy.

He stressed that Qatar stretched white hand to  Sudan  to move  from stage  provision of aid  to stage  of reconstruction.