Lifting of Sanctions Against Mali Hits a Snag 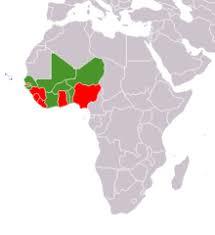 Bamako,Sep 29(VOA)-The lifting of crippling economic sanctions against Mali by a bloc of 15-West African countries will come later than first thought, even after the appointment of Mali's new transitional civilian prime minister, Moctar Ouane.

ECOWAS imposed sanctions on Mali shortly after last month's coup that ousted President Ibrahim Boubacar Keita. The group said they would lift sanctions after civilian leaders were appointed during the transition period.

But the French News Press reports a sticking point with West African leaders may be junta leader Colonel Assimi Goita's appointment as the transitional vice president. Goita was among the junta leaders involved in the coup.

ECOWAS envoy and Nigerian ex-president Goodluck Jonathan said in a statement that the military leaders have yet to satisfy ECOWAS’ demand that a civilian be named as vice president.

West African leaders are expected to make a decision on their next step after Jonathan submits a formal report to the leader of ECOWAS, which will be reviewed by the member countries.