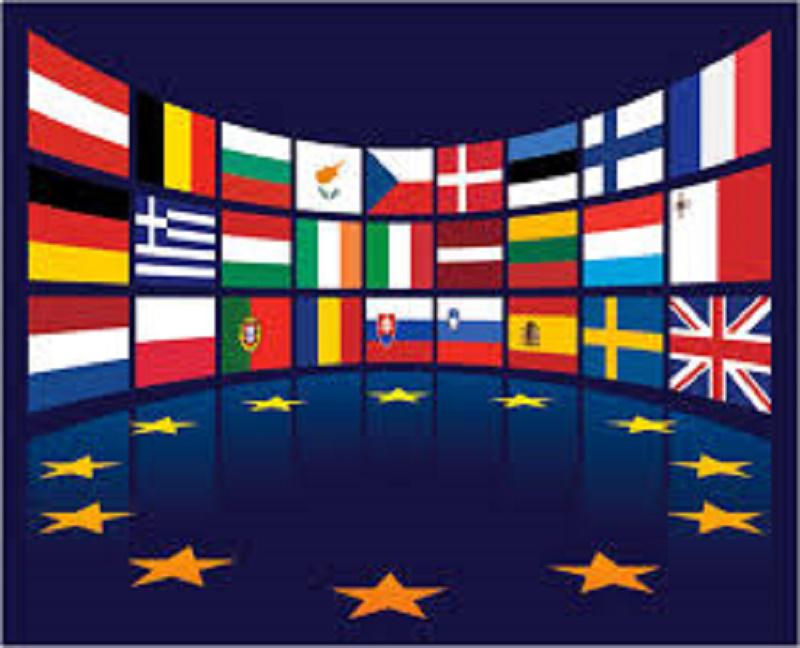 FRANKFURT, GERMANY,Sep 29(VOA) - As European governments tussle over imposing sanctions on Belarus after the results of last month's election, some former diplomats and analysts are urging those nations not only to target President Alexander Lukashenko and his top officials in Minsk but also his allies in Russia.

"The limited scale of these sanctions may undermine their effectiveness," said Anders Åslund, a former Swedish diplomat. He said an important aim of any sanctions should be not only to punish those involved in the disputed Aug. 9 election but also

"to deter both Belarusians and Russians from assisting the Lukashenko regime in its ongoing crackdown against the country's pro-democracy movement." Åslund said just as the West aims to punish "the enforcers of Lukashenko's violent crackdown," it should identify and "sanction his Russian collaborators." "Russia's disinformation agents from RT and other state media are already known and should be sanctioned.

Flight records between Moscow and Minsk indicate that Russian security advisers and senior Kremlin personnel have also been involved in coordinating the suppression of the pro-democracy opposition in Belarus. The EU and U.S. sanctions response to the crisis in Belarus should also reflect this," Aslund outlined in a commentary for the Atlantic Council, a New York-based research group where he is a fellow.

Lukashenko was sworn in for a sixth term last week in a ceremony without prior fanfare or publicity — an effort to avoid it becoming a target of protesters.

Opposition leaders and Western governments denounced the inauguration as illegitimate. Opposition leader Sviatlana Tsikhanouskaya, whose supporters believe she was the real winner of the election, has been urging the EU to follow through on its sanctions threat. She met with EU foreign ministers this month in Brussels.

"EU leaders have reasons not to push sanctions, but I asked them to be braver," Tsikhanouskaya, who fled to Lithuania after the election, told reporters after meeting foreign ministers. "Sanctions are important in our fight because it's part of pressure that could force the so-called authorities to start dialogue with us in the opposition council."

French President Emmanuel Macron said Sunday that Belarus's leader must step down. "It's clear he has to go," Macron told Le Journal du Dimanche, a weekly magazine. "It is a crisis of power, an authoritarian power that cannot accept the logic of democracy and which is hanging on by force. It is clear that Lukashenko has to go," he said.

Vladimir Makei, Belarus's minister of foreign affairs, accused Western countries of attempting to sow "chaos and anarchy" in the former Soviet republic. "We are seeing attempts to destabilize the situation in the country," he told the United Nations General Assembly in a video statement.

Tens of thousands of people have taken to the streets in Belarus since the election. An estimated 12,000 people have been arrested. Some key protesters have also faced the threat of their children being seized by authorities.

Last week, Britain's foreign minister, Dominic Raab, said the government is drawing up a list of sanctions against officials in Belarus responsible for overseeing Lukashenko's reelection or of managing the violent suppression of street protests.

Former Soviet leader Mikhail Gorbachev, whose reforms paved the way for an end to the Cold War and inadvertently to the breakup of the Soviet Union, has called "for a peaceful resolution" of the Belarus crisis.

He urged all outside powers, including Russia, not to interfere, suggesting he disapproves of Putin's efforts to revive a so-called "union treaty" signed in 1999 between Moscow and Minsk that would merge Russia and Belarus.

In an interview with Russian news site RBC, Gorbachev appeared to approve of the protesters. "Well done Belarusians! Now, they already have character. This is very good," he said.

In an interview with a British newspaper, Gorbachev emphasized his disapproval of all outside interference in Belarus. "All countries must behave very carefully. You must not interfere from the outside. We must give the people of Belarus the opportunity to find a way out of the current difficult situation on their own," he told Britain's The Sunday Times newspaper. Uppermost in his mind appeared to be the fear that events in Belarus could seriously worsen East-West relations.He said relations between the West and Russia need to be repaired, fearing a nuclear arms race will spin out of control.

In the interview, Gorbachev said the winner of the U.S. election in November should seek to hold a summit with Putin along the lines with the one he held with President Ronald Reagan in Iceland in 1986 that led the two powers to scrap more than 2,000 short-, medium- and intermediate-range nuclear missiles.

"The situation is very worrying," Gorbachev said. "Whatever the result of the election, we need to resume a dialogue to get out of this frozen situation."