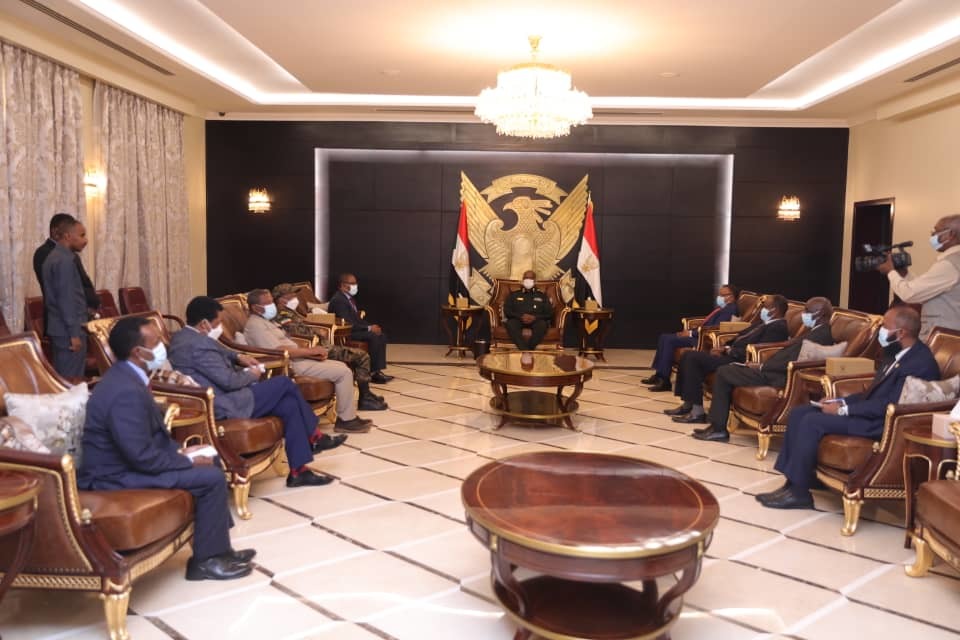 Khartoum, Sept. 30 (SUNA) – The President of the Transitional Sovereignty Council, Lt. Gen. Abdul-Fattah Al-Burhan, Wednesday received in his office the Ethiopian Foreign Minister, Gedu Andargachew, who conveyed to Lt. Gen. Al-Burhan the greetings of the Ethiopian Prime Minister, Abiy Ahmed, and Ethiopia's support to Sudan in confronting the floods disaster.

The Ethiopian Foreign Minister stated in a press statement that his country has provided relief aid to Sudan, including medicines and foodstuffs, in solidarity from the Ethiopian people with the Sudanese people to confront the disaster of floods that hit large parts of Sudan.

He said that his country (Ethiopia) has also been affected by floods this year.

He indicated that the meeting touched on joint border issues between the two countries, explaining that the coordination will take place in this regard to overcome all problems relating to the border issues.

Meanwhile, the Foreign Minister Omer Gamar-Eddin, expressed his thanks and appreciation to the Ethiopian government and people for their support to Sudan to confront the impacts of the floods.