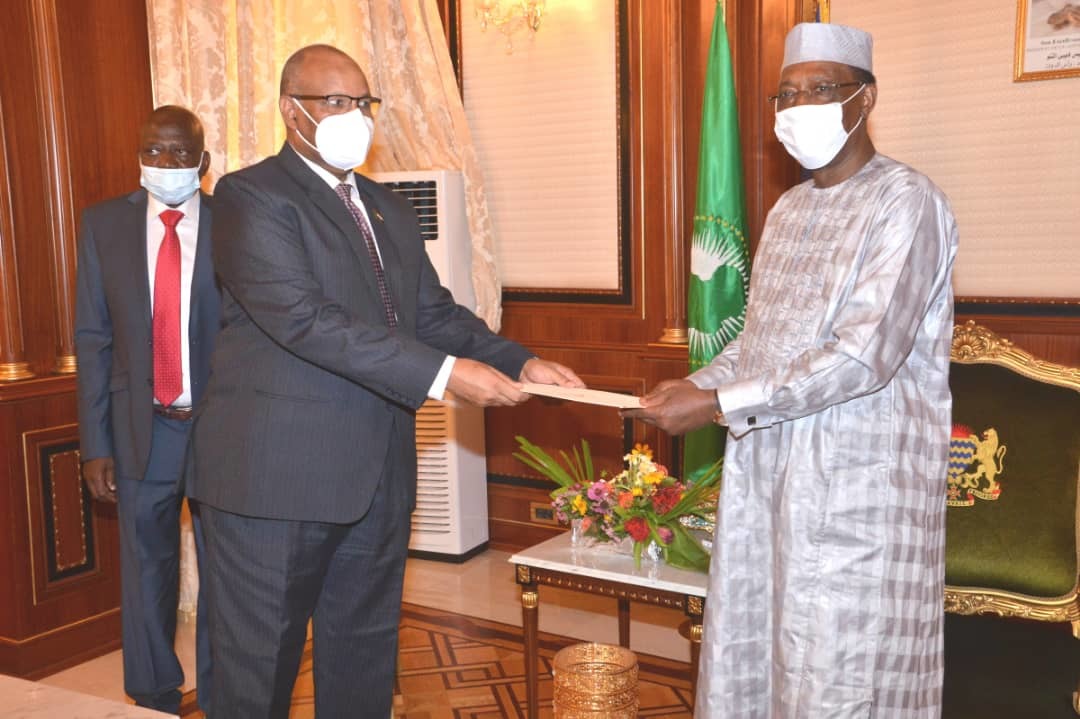 Ndjamena, Sept. 30 (SUNA) – The Chadian President, Idris Deby, has received a written message from the President of the Transitional Sovereignty Council, Lt. Gen. Abdul-Fattah Al-Burhan, dealing with the bilateral relations and means of consolidating them in all domains.

The message was handed over to the Chadian President by the member of the Transitional Sovereignty Council, Gen. Ibrahim Jabir.

Gen. Jabir said that the meeting touched on the great role that the Chadian President played in pushing ahead the peace negotiations that Sudan will bear their fruits on October 3 by the final signing of the comprehensive peace agreement.

Gen. Jabir said that the Chadian President confirmed that he will attend the final signing of the comprehensive peace agreement in Juba, in response to the invitation extended to him by the southern mediation.

He explained that the meeting also reviewed the Areas of military cooperation and coordination between Sudan and Chad regarding the Joint Forces to enhance their efficiency in controlling the borders between the two countries.

The member of the Sovereignty Council said that the meeting also dealt with the agreements concluded between Sudan and Chad in the economic fields. Indicating that the joint meetings between the two parties will continue to push ahead the bilateral relations in all the economic, political and military domains.