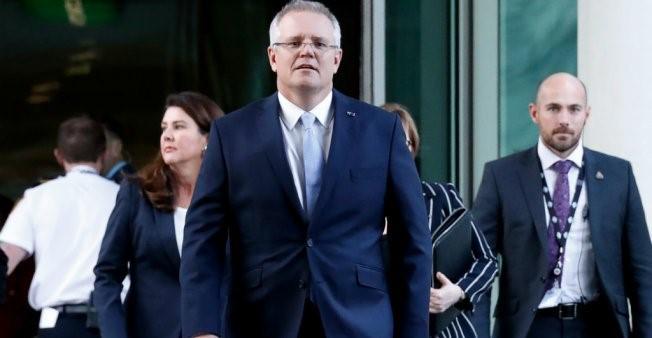 SYDNEY Sep.12 (Reuters) - The premier of Australia’s most populous state told a corruption inquiry on Monday that she had had a secret “close personal relationship” with a politician under investigation for monetising his position through business dealings with China.

Addressing media after the hearing, Berejiklian said she had “made a mistake in my personal life” with a relationship she did not even disclose to her family or closest friends, but would continue to serve as premier because she had “not done anything wrong”.

“People may have tried to influence me... but they failed,” she said.

Berejiklian had earlier told the ICAC she was “beyond shocked, disgusted” by evidence put before the inquiry that the former MP for the town of Wagga Wagga, Daryl Maguire, was allegedly involved in a “cash for visas scheme” for Chinese nationals involving falsified employment.

Maguire could not be reached for comment and will appear before the inquiry later in the week.

Maguire was forced to resign from the NSW Parliament, and his position as chairman of the NSW Parliament Asia Pacific Friendship Group, after a 2018 investigation heard he had sought to act for Chinese property developers in land deals.

Berejiklian said she had been in a relationship with Maguire since 2015, and had once called him her “numero uno”, but demanded Maguire’s resignation after the 2018 ICAC revelations.

She said she ceased contact with him in September 2020 after being privately interviewed by corruption investigators.

A new ICAC inquiry is investigating Maguire’s pursuit of business deals between 2012 and 2018 which commonly involved an “association with China”.

ICAC telephone intercepts played to the inquiry showed Maguire discussed his financial problems, including debts of $1.5 million, with Berejiklian, as well as the potential for him to gain financially from an airport land deal.

Maguire wanted to resolve his debts before resigning from politics at the 2019 election, the inquiry heard.

If Maguire left politics, Berejiklian would have been willing to make their relationship public, she recalled.

She told the inquiry she was “an independent woman with my own finances”, adding she would “never turn a blind eye” to inappropriate behaviour.

The inquiry was played a September 2017 telephone intercept where Maguire talks about concluding a land deal, and Berejiklian responds, “I don’t need to know about that bit”. Berejiklian said Maguire was “a big talker” and she would often dismiss his talk of deals as fanciful.

Maguire boasted in one telephone intercept that he had met Chinese President Xi Jinping, an encounter which Berejiklian explained to the inquiry was among a group of 15 NSW politicians who lined up to greet Xi on his visit to Sydney in 2014.

In 2017, Maguire wrote to the board of China’s biggest food producers, Bright Foods, to complain a delay in a deal with an Australian agribusiness UWE was “causing loss of face for my political leaders”.

Berejiklian said she had no knowledge of the letter and it was “highly inappropriate”.

Maguire had sought to join a NSW government trade delegation to China in 2017 to lobby for the project, but had been rebuffed by Berejiklian’s office, and told the delay would be raised in meetings.