Is third time a charm for Guinea opposition in presidential poll? 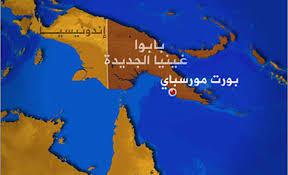 Conakry Sep.13 (dpa) – Guinea is set to hold a presidential election on Sunday that is expected to be a tight race between the incumbent president, who is running for a third term after a constitutional referendum in March cleared the way, and a key opposition leader.

While 12 candidates will be vying for the highest office, only incumbent Alpha Conde and Cellou Dalein Diallo, the leader of main opposition party Union of Democratic Forces of Guinea (UFDG), are said to have chances of coming out victorious.

Conde, 82, has already won against Diallo twice before, in 2010 and 2015, with political analysts saying it's likely that Conde remains in the highest office for another five-year term.

Conde's candidacy was confirmed after a referendum in March – a vote that raised concerns that Guinea will follow in the footsteps of other African nations whose rulers refuse to cede power.

Opposition parties had organized widespread street protests against the referendum, which were met with a harsh crackdown by security forces.

At least 50 demonstrators have been killed since October 2019, while 200 others were injured and about 70 were arbitrarily detained, according to Amnesty International.

Conde, who has been accused of human rights violations during his decade in power, is pledging to uplift poor communities through investments in mining and better housing, and by creating opportunities for Guinea's youth if re-elected.

When Conde, who leads the ruling Rally of the Guinean People (RPG), was first elected president in 2010, Guineans had high hopes for a new path towards democracy.

Conde came to power during the West African nation's first free elections since its independence in 1958. Before then, Guinea had been ruled by autocrats.

Conde's main rival, Diallo, came second in presidential elections in 2010 as well as 2015.

If elected president, Diallo, a 68-year-old economist and former prime minister (2004-2006), promises to improve the poverty-stricken nation's infrastructure, with a focus on widespread electricity and the water supply.

Guinea is Africa's largest producer of bauxite and has significant reserves of iron ore, but its population remains poor, with the United Nations placing Guinea among the 15 poorest nations worldwide.

Almost 5.5 million registered voters are scheduled to cast their vote at roughly 15,000 polling stations during the October 18 poll.

Polling stations are set to open at 7:45 am (0745 GMT) and close at 6 pm, with results expected within 24 hours after voting ends.

A candidate needs to secure more than 50 per cent of the vote to win in the first round. A second round will be held if no candidate reaches that threshold the first time around.