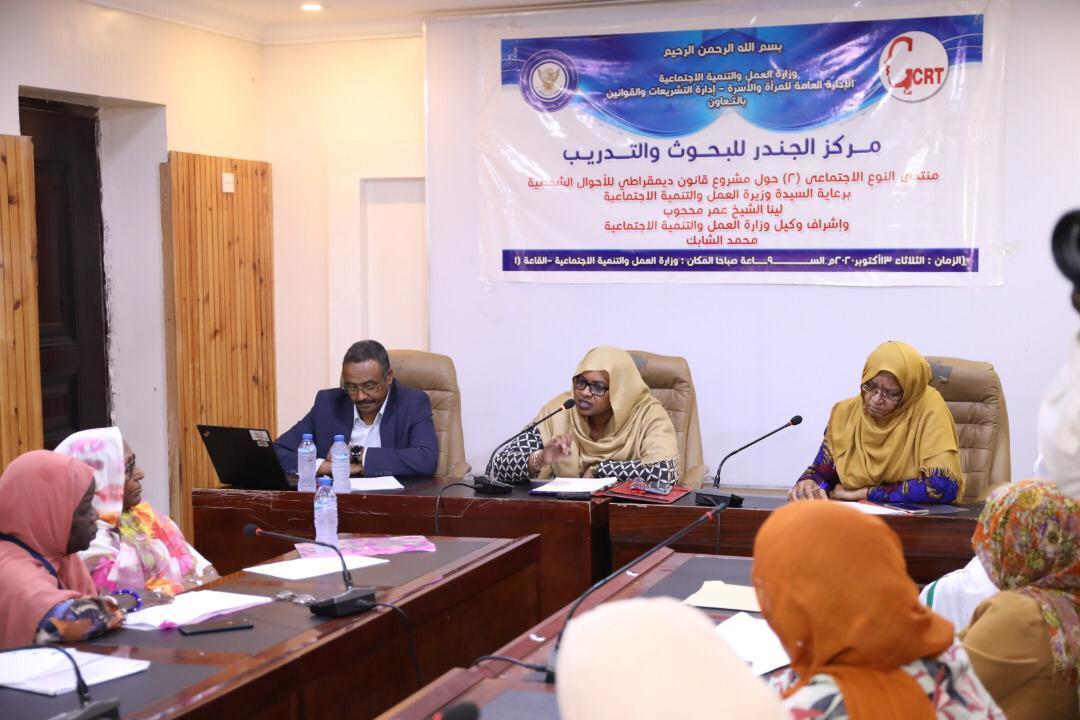 Khartoum, Oct.13 (SUNA) - Minister of Labor and Social Development, Lena Al-Sheikh has affirmed the Transitional Government’s commitment to the woman agenda, stressing the urgent need for revising the Femin Status Law, as it does not meet the ambitions of women and the girls.

The minister addressing the Forum of Second Social Gender on (Demoratic draft bill on Femin Status Law) which is organized by the General Administration for Woman and Family, in the ministryin cooperation with the Gender Center for Training and Research pointed out to the pioneering role of the Sudanese Woman in the revolution.

Lena lauded all the initiatives and efforts being exrted to reform the Femin Status Law, stressing the necessity for coordination between all the concerned circles to develop the judicial system and strengthening the principles of justice, dignity and equality in laws.

The forum discussed integration of the civilian values in the law, the challenges facing the implementationof the law and h initiative launched by the civil society organizations to reform the Femin Status law.