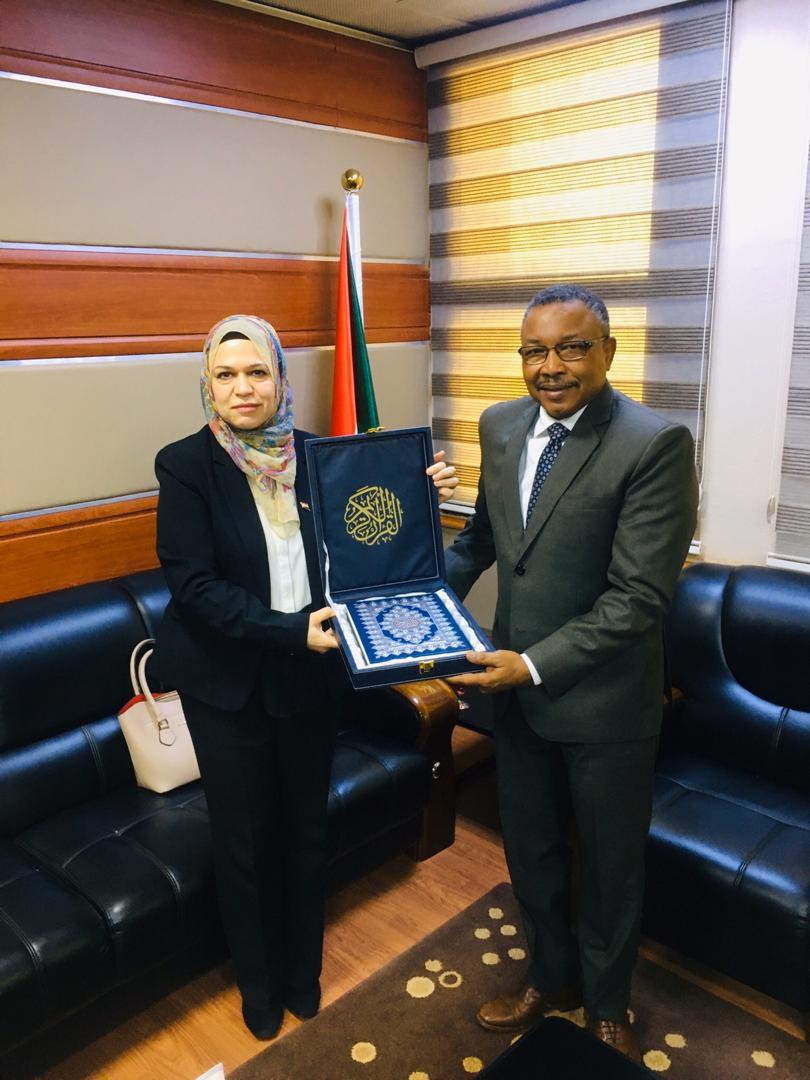 The Iraqi diplomat congratulated the Sudanese government and people on signing the Peace Agreement between Sudan Government and the Armed Struggle Movements, in Juba and the imminent lifting of Sudan’s name from the terrorist list, renewing Iraq’s full support to the Sudanese people.

The minister, on his part, expressed his full thanks and appreciation to the Iraqi government and people for the airlift that was launched to provide the necessary aid to the floods-affected citizens.

The two sides the importance for strengthening the political and cultural relations between Sudan and Iraq.