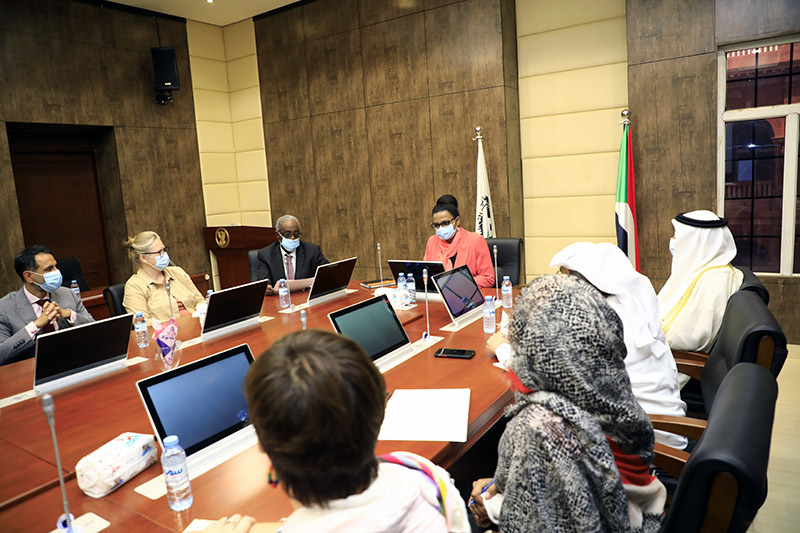 Khartoum, Oct. 25 (SUNA) – Acting Minister of Finance and Economic Planning Dr. Heba Mohamed Ali has expressed her hope that Sudan would witness a turnout of foreign investments after a hiatus of more than 30 years.

The minister, addressing a briefing meeting with the donor financial institutions - World Bank, African Development Bank, and United Nations organizations today, said that the priority of the government for the next phase is to build a database that will be relied upon in planning policies and mapping out a work plan for the coming population census.
She added that the process of establishing e-government is an urgent priority to develop digital work, pointing out that the government has completed preparations to enter into the next stage, which will witness changes in all economic and financial activities.

The minister renewed her call for a policy of gradual withdrawal of subsidies so that the ordinary citizen would not be harmed by it, stressing that this policy has many positive aspects, including stopping the smuggling of strategic goods that waste the country's resources and harm the national economy.
It is noteworthy that the international financial institutions recently provided $ 370 million to support economic reform.