Mediation calls for speeding up implementation of peace schedules 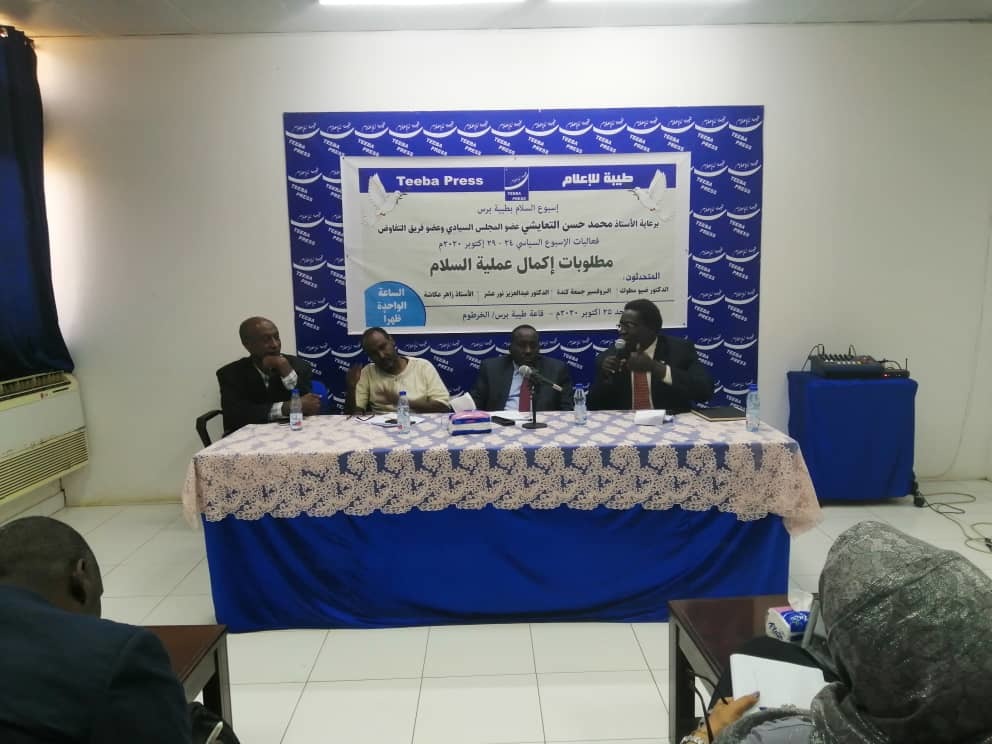 Khartoum, Oct.25 (SUNA) – Member of the Peace Mediation Team, Dhio Matouk has admitted the delay in the implementation of peace schedules, adding that the government is to be dissolved today and the Legislative Council list be, also submitted.

The Southern Mediator addressing a symposium in Taiba Press, today, called for speeding up the implementation of schedules, warning that the delay is dangerous for peace process.

“We did not see implementation of peace schedules” He stressed.

He stressed the necessity for implementation to send positive sign to the non-signatories, underlining that the completion of peace process needs political will and seriousness in the implementation of the agreement.

Matouk has revealed that unofficial negotiations on the issue of separation of the religion from the state will start on Oct.25, hinting that the Prime Minister, in contact with Al-Hilo, indicated that there were contacts with Abdul Wahid that he did not wish to reveal.

Meanwhile, the Adviser of the Prime Minister for Peace Affairs, Kunda Guma has described the taking on the control of the military component over the negotiations as exaggerated, affirming that the Council of Ministers is present and plays the biggest role.

Member of the Revolutionary Front, Abdul Aziz Ashar called for the harmonization between the concerned parties, pointing out that the economic situation threatens the national security.

Member of the People’s Movement, Zaher Akasha has called for the provision of the political will, the openness towards peace process to address the root causes of the crisis to reach sustainable and comprehensive peace.