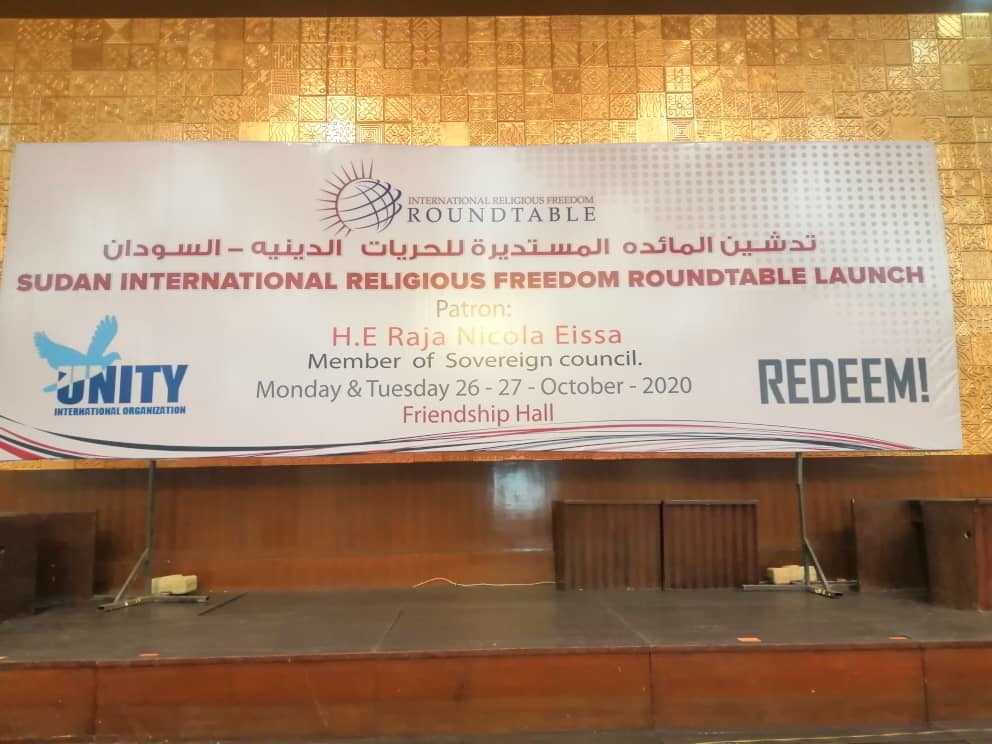 Khartoum, Oct. 26 (SUNA) – Member of the Transitional Sovereignty Council, Raja Nicola, has saluted the religious leaders, heads of religious sects and the Sudanese people, and congratulated Sudan on the lifting of Sudan from the list of countries sponsoring terrorism, noting that it is a deserved achievement for the Sudanese people.
Addressing the inauguration of the Round Table Workshop on the Religious Freedom, she said that after the outbreak of the glorious December revolution which raised the slogans of freedom, peace and justice, Sudan is now moving ahead in confidence and strong footsteps, pointing to the implementation of the revolution’s slogan of the freedom of religions and beliefs in a way that guarantees the peaceful coexistence in its best form.
Nicola explained that the religious freedom is one of the important reasons behind the separation peoples and tribes due to the poor understanding and awareness about the concepts of religion, the freedom of belief and the peaceful coexistence, a problem that many countries and governments have been suffering from.

She referred to the important role of the conferences and workshops we draw up a correct, sound a strong base for peace and peaceful coexistence that guarantees the rights of all people without prejudice to other religions and beliefs.

She affirmed that Sudan is a country which is distinguished by the diversity of its ethnics, languages, religions, and economic and social and political activities, therefore, its culture is a hybrid culture of African and Arab features, pointing the importance of creating a strong social system and creating a suitable soil to ensure harmony among this multi-culture hybrid.