Al-Burhan: Al-Mahdi and Al-Sanhouri were Consulted on Normalization with Israel 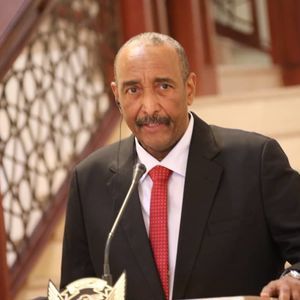 Khartoum, Oct. 26 (SUNA) – President of the Transitional Sovereignty Council, Lt. Gen. Abdul-Fattah Al-Burhan, announced that he had consulted with the leader of the National Umma Party, Saddiq Al-Mahdi, and the leader of the Ba'ath Party, Ali Al-Rayah Al-Sanhouri, regarding the normalization of Sudan relations with Israel and that they did not object.

Interviewed by the Director of the Radio and TV Corporation, Lugman Ahmed, Monday evening on Sudan Satellite Channel, the President of the Sovereignty Council said that he also consulted on this issue with 90% of the leaders of the Sudanese political and community forces and that they did not object, and that all of them agreed on proceeding with the normalization of relations with Israel in accordance with the goal to achieve the supreme Sudanese national interests, provided that all the agreements reached will be presented to the Legislative Council, and that it is normal for the Legislative Council to approve all foreign agreements signed by the government with countries and to express opinion on them.
Al-Burhan stated that he agreed with the leaders of the political and societal forces and the civil society organizations, with whom he consulted, on the necessity of separating the supreme national interests of Sudan from the partisan political interests, affirming that the expression of political and personal opinions is guaranteed to all the Sudanese political parties and their leaders on the normalization of relations with Israel.