Ibrahim Mahmoud assumes his post as Minister for Interior 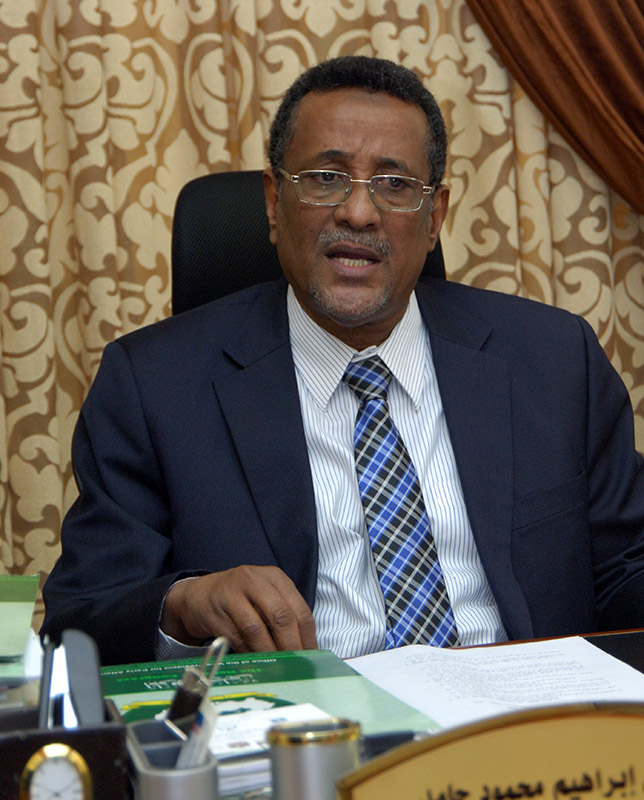 Khartoum, 28 May (SUNA)- Engineer Ibrahim Mahmoud, on Monday assumed his post as Minister for Interior when he was received by the leadership of the Ministry, including the outgoing Minister of Interior Hamid Manan and State Minister for Interior Ahmed Amin Digna as well as the Director General of the police force, Lt Gen Hashim Osman Al Hussein In an address before the leadership of the police force, the newly sworn in minister Mahmoud, has commended the role played by the police force in preserving the unity and stability of the country and overcoming all hurdle and challenges in discharging their duties. He said the coming period would see more concerted action to face regional and local challenges including drug trafficking and human trafficking, and illegal migration. He stressed that more attention would be devoted to manpower in the coming phase. The outgoing minister, Manan, has commended the new minister and his vast experience saying the ministry of interior is highly institutionalized and has deeply rooted relations with the community a matter that helps it carry out its duties. Ma/ma